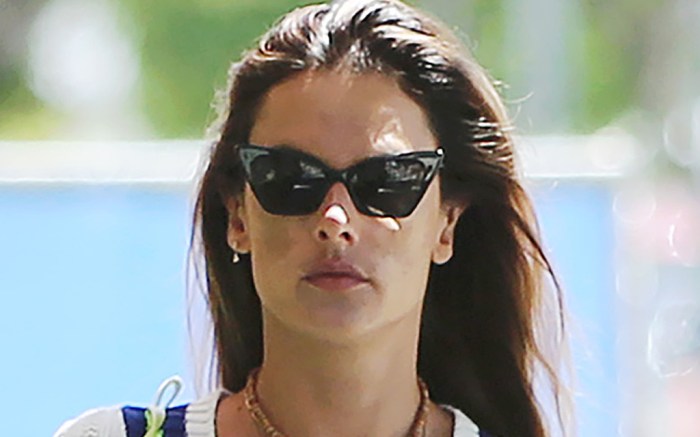 Alessandra Ambrosio debuted her statement party style this week and it did not disappoint.

The former Victoria’s Secret Angel celebrated her beau Richard Lee’s birthday on Monday in glam fashion, soaking up the warm weather in a scoop-neck tank top and bold metallic skirt. She accessorized further with a chunky chain necklace and oversize reflective shades.

To elongate her famous pins, the 5-feet-10-inches model opted for invisible double-strap mules.

Ambrosio herself is a major fan of a see-through shoe moment. In April, for example, she opted for invisible sandals for a dinner alongside her two kids, Anja and Noah Mazur, as well as her beau Richard Lee. Together, the group stopped by the celeb-favorited restaurant Nobu Malibu in style. Ambrosio herself opted for a textured white minidress layered under a pale blush pink coat.

Click through the gallery for more of Alessandra Ambrosio’s street style over the years.