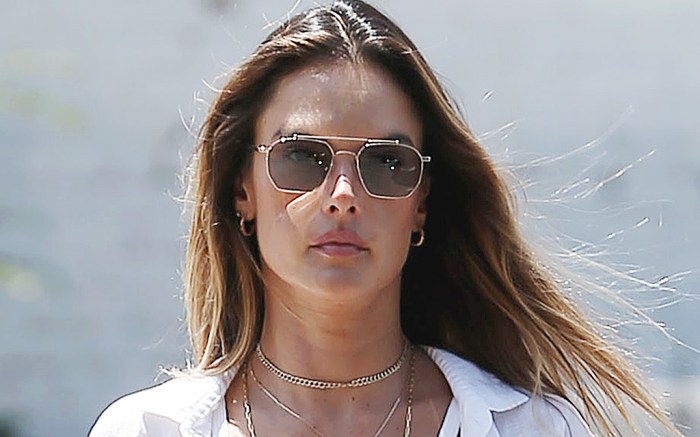 Alessandra Ambrosio showed off a more bohemian side to her ever-chic style this week during a trip to the beach.

The supermodel posed for a quick mirror selfie in her decked-out bathroom on Monday, modeling a black caftan dress for the evening; the design featured stages of the moon waxing and waning atop a black mesh-paneled design with laser-cut detailing.

On her feet, the Brazilian model continued her streak of thong-toe footwear. Thong-toe footwear returned to the celebrity scene last year as one of spring and summer’s biggest trends and is expected to stick around in 2021. Be it classic flip-flops or thong-toe heels, the minimalistic silhouette falls in line with a ’90s-inspired revitalization of fashion, as seen with shoes like square-toe styles and pops of neon color. Stars like Alessandra herself along with Meryl Streep and Kim Kardashian amongst other major names are continued to support the trend in cooler temperatures.

Ambrosio’s pick in particular taps Bottega Veneta in a gold braided style; the Dot thong toe design comes set atop a 2.5-inch heel with cushioned soles and a textured outsole. You can shop the style for $1,150 at MyTheresa.

Check out the gallery for more of Alessandra Ambrosio’s top street style moments over the years.