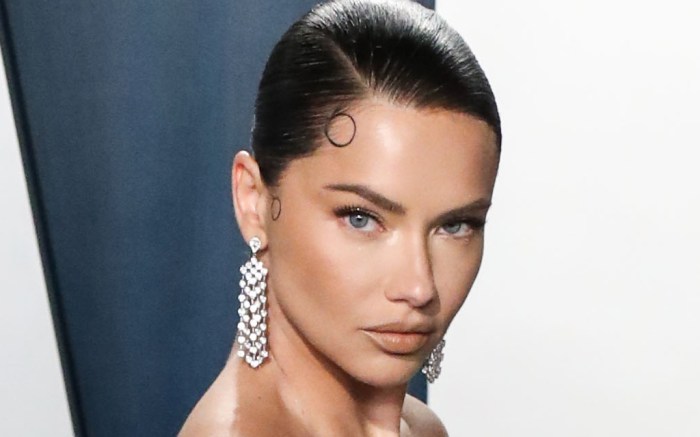 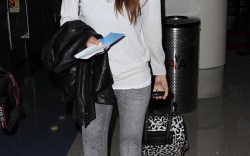 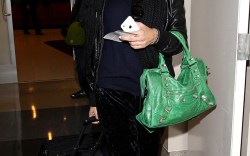 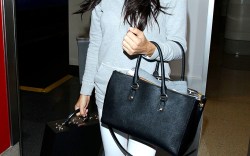 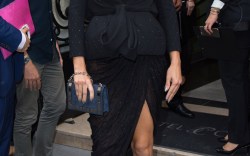 The former Victoria’s Secret Angel took to Instagram this weekend to show off her warm-weather style, matching an all-white corridor in one single colorway. The outfit cinched a boyfriend-style white button-down top with a chunky black belt, layered over coordinating shorts.

Color-themed attire has quickly become the must-see styling hack of 2021, offering a streamlined route into a chic ensemble. Stars like Kylie Jenner, Jennifer Lopez and even Michelle Obama have tried out the monochrome trend for themselves in the past weeks alone.

Though Lima hails from Brazil, the model decided to pay a patriotic homage to the United States with her choice of footwear. The pointed-toe pumps featured smooth white uppers set with a rounded vamp and a tall heel that appeared to measure close to 4 inches in height. The real kicker of the design came with its accent across the heel counter, splitting the American flag across both shoes in a red, white and blue finish.

Stilettos are a common theme in Lima’s footwear rotation, opting for picks from top brands like Gianvito Rossi, Giuseppe Zanotti and Schutz, for whom she serves as a brand ambassador.

Puma also announced Lima as its newest brand ambassador in 2018, joining the likes of Cara Delevingne and Selena Gomez. And she’s not just serving as the face of its campaigns — she’s a designer, too.

“This year, about a month ago, I became one of the designers also for Puma,” she told FN in 2019. “It’s incredible to be on the other side as a creative. To me, designing shoes was a pleasure; I’m at the gym six times a week, so when you’re working out and trying different exercises you understand what’s missing and what you can add to a line of clothes and shoes.”

Click through the gallery to find even more of Adriana Lima’s boldest style statements over the years.