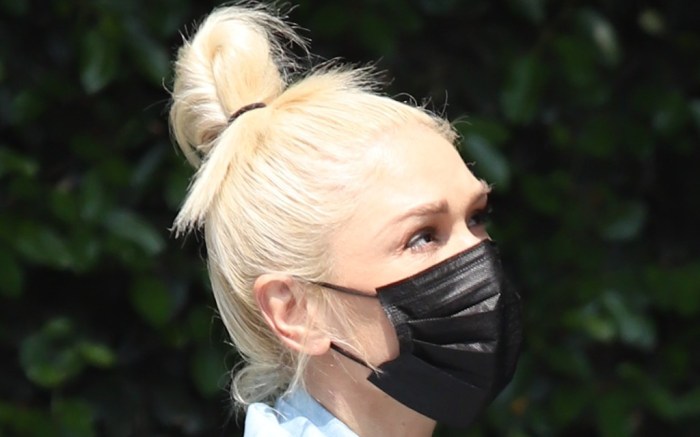 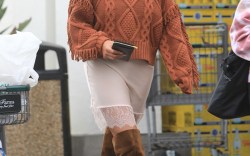 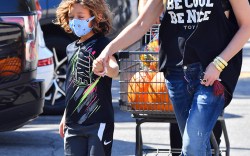 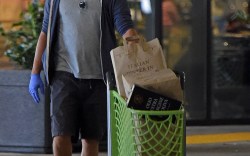 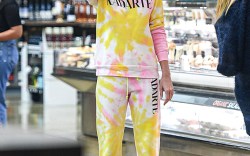 Gwen Stefani proved that she can make any activity stylish this week, even grocery shopping.

The No Doubt alumna headed to Bristol Farms in Hollywood, Calif., on Tuesday with her 15-year-old son, Kingston Rossdale. For the casual outing, Stefani herself doubled up on denim in a button-up shirt and patchwork jeans.

To round out her own jean moment, Stefani tapped into her signature edgy style with sneakers from Vans. The recognizable Slip-On silhouette from the skate brand debuted in 1977 and has since become a staple in footwear rotations across the globe. Its low-profile canvas uppers, waffled outsole and checkered print make for a bold addition to any ensemble, retailing for $55 at Vans.com.

As for Gwen Stefani herself, when it comes to her looks both on and off the stage, her style can be described as punk rock-chic, always including a twist of glam. Whether she’s in Sophia Webster butterfly sandals or Crocs camouflage clogs, the “Sweet Escape” musician knows how to pull off an unexpected style. Her go-to brands include Gucci, Paris Texas, Vans and more when it comes to footwear.

Stay cool like Gwen Stefani in these checkered Vans.

Flip through the gallery for more stars with chic grocery shopping style like Gwen Stefani.