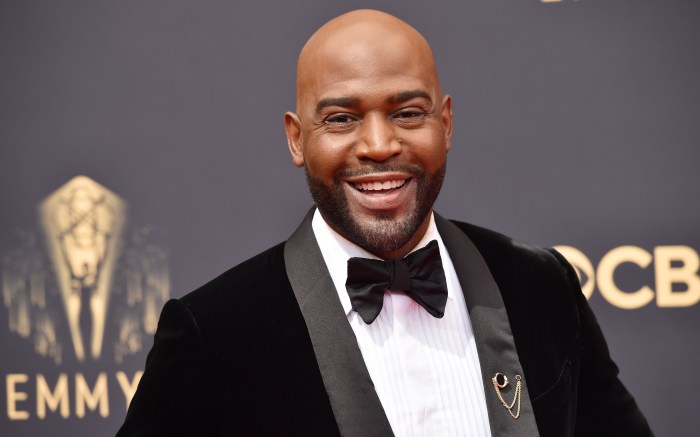 The 2021 Primetime Emmy Awards have kicked off with a heavy dose of glamour in Los Angeles on Sunday.

The black-tie event, which awards the top television performances of the past year, has returned for its 73rd show following last year’s virtual ceremony. This year’s live event takes place at Los Angeles’ Microsoft Theater, hosted by comedian Cedric the Entertainer and broadcasted on CBS.

Comedian Cecily Strong, one of the attending cast members of “Saturday Night Live,” also hit the red carpet on Sunday. Her draped number featured a plunging neckline and tall slit, drawing comparisons online to Angelina Jolie’s viral outfit at the 2012 Academy Awards. Strong’s look was finished with a sparkling clutch, rings and earrings, as well as versatile black ankle-strap sandals.

While hitting the red carpet, “Queer Eye” star Karamo Brown was dressed to the nines in a sharp velvet tuxedo. The black set featured classic curved lapels, as well as a white tuxedo shirt, black bowtie and leather watch. Brown’s ensemble was complete with patent leather lace-up loafers, as well as a gold chain lapel pin.

This evening’s show features a range of notable nominees and performances from a range of networks. Popular series like Netflix’s “The Crown,” Disney Plus’ “WandaVision,” and HBO Max’s “Lovecraft Country” are a few of the shows leading with the most nominations, in addition to hit programs like “Ted Lasso,” “The Mandalorian” and more.

Click through the gallery to see more red carpet arrivals at the 2021 Emmy Awards.