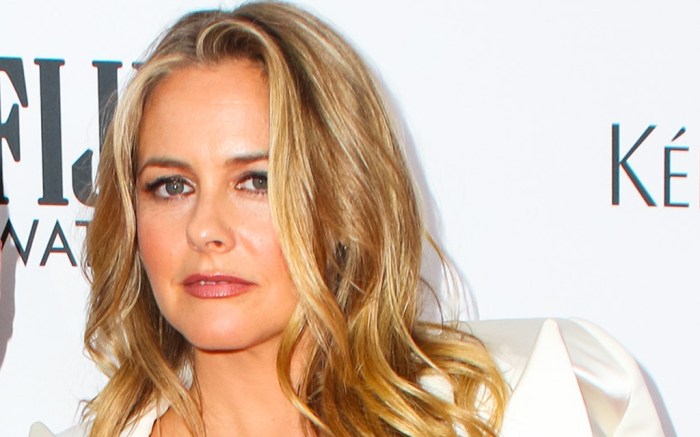 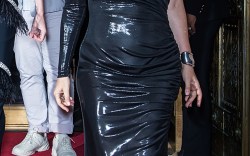 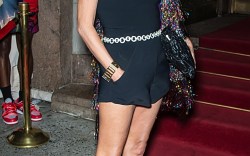 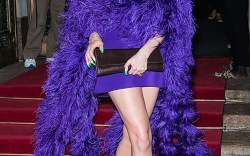 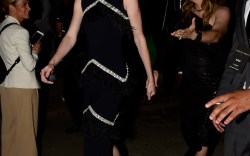 Alicia Silverstone is living out the royal dream in high fashion this week.

The “Clueless” star tapped designer Christian Siriano for a must-see look, exploring France in a couture design. In the throwback post shared by Siriano today, the look featured a black one-shoulder gown with an asymmetric silhouette and cutouts across the back and torso; sweeping across the ground, the number is formed from a sheer black material under layers of crafted fabric flowers for a textured appeal. Silverstone herself also threw on a coordinating lace bralette and briefs set for coverage under the see-through textile.

Also peeking out from under the gown was a set of black thin-strap sandals balanced atop a lifted heel in one final glam touch.

Silverstone herself has been a longtime fan of Siriano and his statement-making designs, sitting front row at his major shows including his spring ’22 presentation earlier this month. Taking place during New York Fashion Week, the actress wowed in another one-shouldered design from the label as she rubbed shoulders with Katie Holmes, Christine Quinn and more stars in attendance.

As for Silverstone’s own taste in fashion and footwear, the “Batman & Robin” actress can be found in everything from Eileen Fisher to Stella McCartney and Adidas. She recently starred in Rodarte’s campaign for its fall ’21 collection as well. Silverstone, who is a longtime animal and environmental activist, tends to favor sustainable designs and eco-friendly brands for her apparel and footwear.

Click through the gallery for more of Christian Siriano’s biggest fans on the front row.