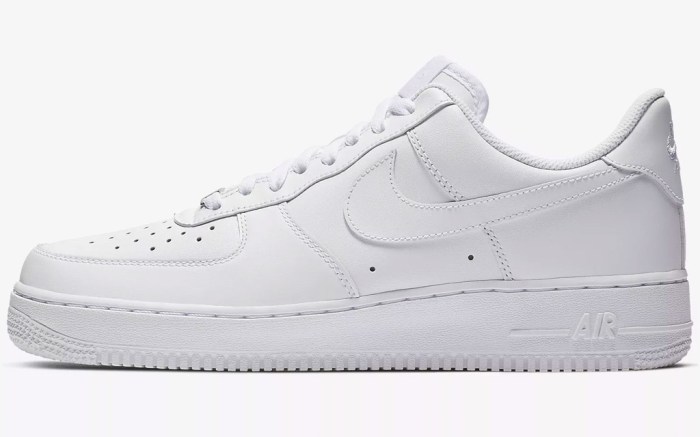 The iconic Nike Air Force 1 is seeing a resurgence this summer, thanks to Gen Zers. According to the Lyst Index’s Q2 2021 report, Nike’s Air Force 1 sneaker is the quarter’s hottest women’s product and is linked to Gen Z consumers.

To find the world’s hottest products, Lyst’s formula filters more than 8 million items by volume of social media mentions, searches, page views, interactions and sales across thousands of online stores. For Q2, specifically Nike’s Air Force 1 Low in all white, ranked No.1. (For men, it was Adidas Yeezy slides.)

The sneaker debuted in 1982, however, Nike didn’t release the silhouette in women’s sizing until 2001.

This mainstream surge seen in consumers wearing Nike Air Force 1s looks similar to last summer growth. In 2020, the style was the most purchased sneaker according to the NPD Group. In addition, buy now, pay later shopping provider Klarna said the Nike Air Force 1 was the most-popular shoe on the app, based on wish lists created by customers.

The sneaker’s popularity is only continuing to rise as new iterations and limited colorways are set to launch. Late last month, Nike released a new women’s exclusive colorway of the Air Force 1 Low treated with photochromic inks, and it already sold out.

In addition to Nike Air Force 1s, the Lyst Index cited rubber and resin footwear as another breakout trend this summer, with demand rising 214% quarter-on-quarter. Balenciaga and Crocs’ latest collaboration went viral in June, for instance, while Gucci’s rubber sandals made the hottest women’s products list.