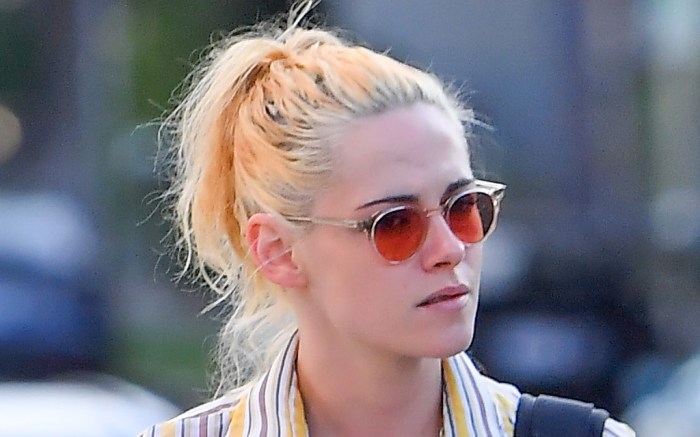 Kristen Stewart channeled vibes from the 1970s with her latest off-duty look.


On her feet, the throwback inspiration for her look continued in leather Mary Janes. Recognizable from the loafer-like silhouette and buckled cross-foot strap, Mary Janes originated in the early 20th century as a classic women’s shoe style and ironically returned to the fashion scene at the end of the millennium amongst punk and goth subcultures. Nowadays, the style of shoe is a favorite of Bella Hadid, Harry Styles, Tyra Banks, Dua Lipa and more top stars.


As for Stewart herself, the upcoming “Spencer” star‘s style can be considered a twist on punky edge, oftentimes opting for darker pieces from brands such as Dr. Martens, Vans, Malone Souliers and Thom Browne amongst other major labels. Dipping her toes into the high fashion world, she signed on as an ambassador for Chanel beauty in 2016 and has since appeared in a series of ad campaigns for the brand on top of continuously sitting front row at all the label’s runway shows.

Try out Mary Janes for yourself in these sleek pairs inspired by Kristen Stewart’s look.

Check out the gallery to find even more of Kristen Stewart’s standout shoe style over the years.