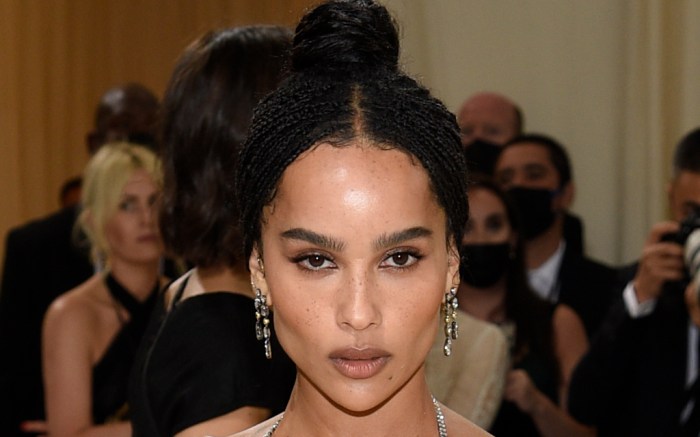 Zoe Kravitz knows a thing or two about a memorable red carpet moment.

For tonight’s Met Gala, the “High Fidelity” actress arrived at the Metropolitan Museum of Art in New York in a full Saint Laurent look. The statement dress was formed from links upon links of logo-coated chains to create a semi-sheer appeal. To balance out the sheer design, Kravitz also slipped on a nude bralette and a coordinating metallic thong.

Underneath the elongated hem of the actress’ designer gown came a set of lifted black heels; the stiletto sandals offered a simple balance to the intricate nature of her dress while offering a boost of over 4 inches in height.

As for Zoe Kravitz herself, her ensemble today doesn’t stray far from the actress’ typical standout style. On any given day, you can find the “Big Little Lies” star in pieces from top brands across all industries — think everything from New Balance to Gucci and Fendi. As a Saint Laurent ambassador, Kravitz also oftentimes reps styles from the French label as well as appears in advertisements and campaigns for the brand.

Click through the gallery for more of the best Met Gala red carpet arrivals of 2021.