Winnie Harlow Makes a Striking Arrival in Feathered Top, Cutout Skirt & Strappy Sandals With One Sock at the MTV EMAs 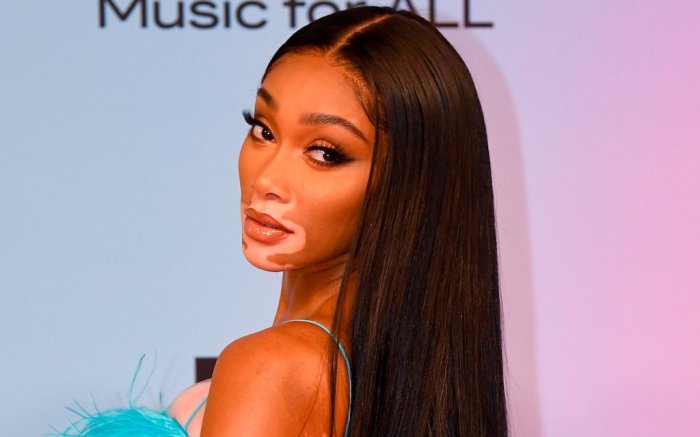 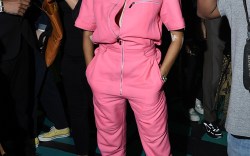 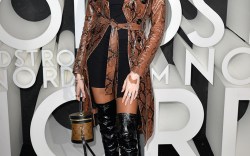 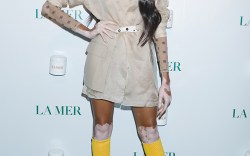 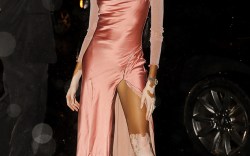 Winnie Harlow brightened up the the MTV EMAs in Budapest on Sunday.

The European Music Awards returned to its live show since 2019 at the city’s László Papp Budapest Sports Arena with host Saweetie at the helm. And the Canadian model didn’t disappoint in the fashion department. She strutted down the red carpet in a party girl look from David Koma’s spring 2022 collection. It’s complete with a blue feathered top and crystal swirl-accented hemmed skirt.

The “America’s Next Top Model” contestant paired the look with a matching single over-the-knee stocking, as well as strappy stiletto sandals.

Rita Ora was also at the show — and embraced feathers, too. The 30-year-old singer wore a Jean-Louis Sabaji jumpsuit covered in black iridescent plumes with a long dramatic train. She completed her ensemble with Giuseppe Zanotti’s Pris wedge sandals. The sleek pair has approximately a 4-inch heel, and is detailed with thin straps, which wrap around the ankle and fasten with a buckle. They are currently available for $995 online.

As for Harlow herself, the asymmetrical sock and sandals pairing join a slew of cutting-edge styles residing in her footwear closet. The 27-year-old previously modeled shoes from Ugg, Christian Louboutin, Bape and Fendi. She also dipped her toes into design herself with a series of collaborations with Steve Madden as well as a recent partnership with Puma.

See more of Winnie Harlow’s style through the years.