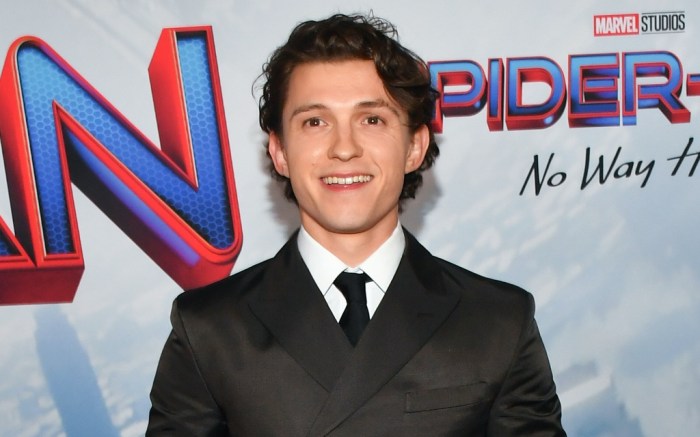 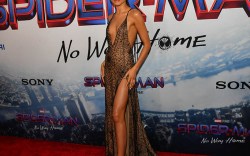 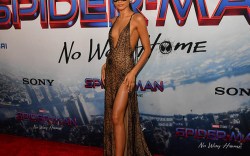 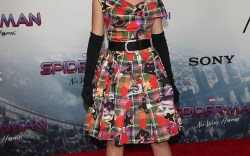 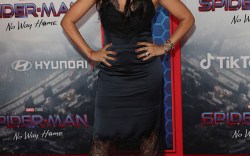 Tom Holland suited up for the red carpet at the LA premiere of “Spider Man: No Way Home.”

While arriving at the Regency Village and Bruin Theatres with fellow “Spider Man” actress and girlfriend Zendaya, the Marvel star wore a custom Prada suit. The chocolate brown set featured a double-breasted blazer with sharp lapels, as well as several rows of dark buttons and pleated trousers. Holland’s suit was layered over a classic white shirt and black tie.

For footwear, Holland donned a sleek pair of Christian Louboutin boots. The black leather style featured slightly squared toes, as well as the designer’s signature bright red soles, and appeared to have an ankle-high silhouette. The pair also included low blocked heels totaling at least one inch in height. Holland’s pair gave his look a streamlined appearance, while dressing down its formality in favor of traditional dress shoes or loafers.

Leather boots are a go-to style in men’s fashion this time of year, due to their streamlined and slick appearance. Styles in neutral leathers and suedes can be worn with suits like Holland’s just as much as a T-shirt and jeans, proving their versatility. Aside from Holland, Nick Jonas, Bo Burnham and Thomas Doherty have also been seen in Louboutin, Balmain and Thom Browne boots in recent weeks.

When it comes to shoes, Holland’s styles are often styled by FN‘s Style Influencer of the Year Law Roach. The “Cherry” star often wears classic black or brown slip-on, lace-up and wingtip loafers on the red carpet, as well as sharp leather boots. The actor’s off-duty looks include boots from Dr. Martens as well. On and off duty, Holland can also be seen in Converse sneakers.

Click through the gallery to see all the stars at the ‘Spider Man: No Way Home’ LA premiere.