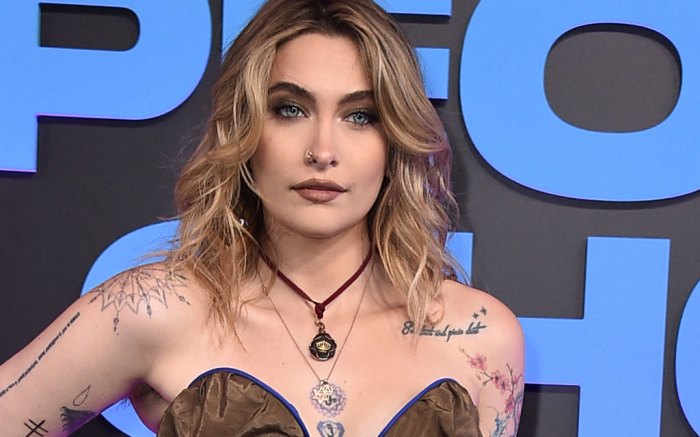 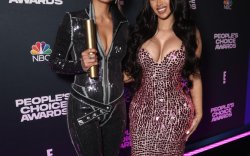 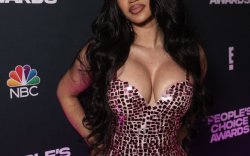 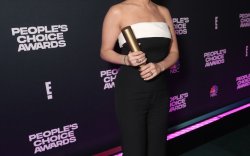 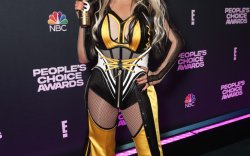 The “Habit” actress found the perfect way to combine colors, patterns and materials. She posed for the camera wearing a brown Vivienne Westwood dress, which featured a corset-styled top with a plunging neckline and blue trim. The gown then led into a pleated skirt that draped down to her feet and featured a long slit that allowed her to show off her funky fishnet tights. She kept it simple with accessories and wore two layered necklaces as well as stacked beaded bracelets.

The back of the dress brought a Victorian-styled twist to the ensemble with padded fabric which emulated a 19th Century Bustle undergarment that was used to support the drapery of a women’s dress.

For footwear, Jackson added a pop of color to the look. She wore a pair of multicolored plaid platform pumps in bright blue, orange, red and green. The shoes featured a thick sole with an open toe, a chunky high heel that gave the star some height and a strap buckled around her ankles.

Flip through the gallery to see more arrivals from the People’s Choice Awards celebrity red carpet.