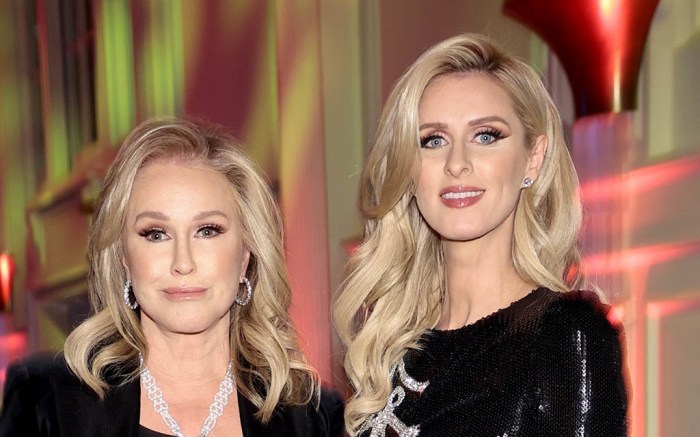 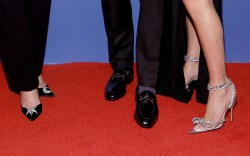 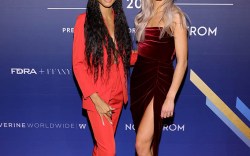 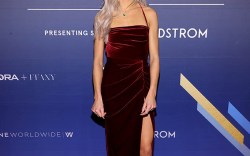 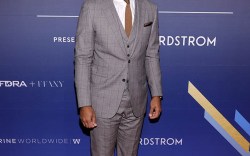 Nicky Hilton was the picture of glamour while arriving in New York to this year’s Footwear News Achievement Awards. The designer, along with sister Paris Hilton and mom Kathy Hilton, is the recipient of this year’s Icon Award.

The socialite hit the red carpet with mom Kathy Hilton, wearing a sleek black sequined Prabal Gurung gown with long sleeves, a flowing train and bold thigh-high slit. Her look’s most dynamic statement came from a series of crystal bows on the bodice and cuffs, dripping with sparkling fringe. The sparkle was further accentuated with a crystal-covered clutch including “Mrs. Rothschild” lettering, plus a pair of diamond stud earrings.

Hilton shared her appreciation for collecting fashion, similarly to Paris and Kathy.

“It’s always fun, just collecting this stuff over the years, and being able to share it with each other and pass it down to the next generation,” she said.

Hilton’s FNAA outfit was complete with a maximalist pair of pumps. The “Paris in Love” star donned a set of Mach & Mach’s Double Bow pumps, which featured sharp PVC pointed toes and wrapped straps covered in crystals. Her footwear also included large crystal bow accents on their toes, as well as metallic 4.33-inch heels. The style was a departure from Hilton’s typical chic ballet flats and single-tone pumps, but served to make a glamorous statement on the red carpet.

“I thought they were a bit much,” Hilton admits of her heels, “But then I was like, ‘We’re at the ‘Shoe Oscars,’ we might as well turn it out and bring it’—so, I brought it.”