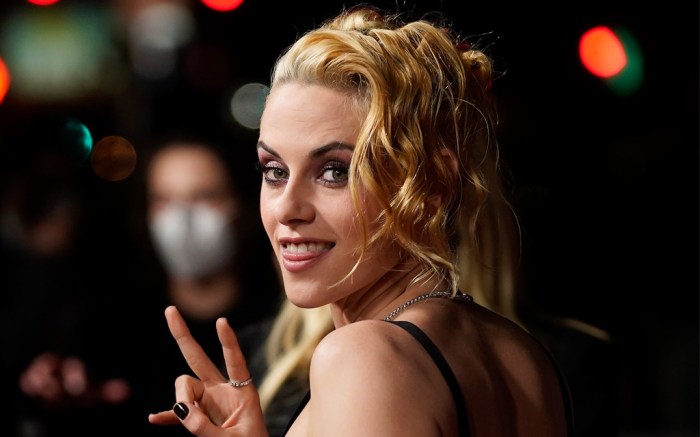 Kristen Stewart continued her streak of romantic red carpet edge this week at the Los Angeles premiere of “Spencer.”


Earlier this month, at the premiere of “Spencer” at the BFI London Film Festival, the film’s star arrived on the red carpet in London in a light-catching strapless Chanel gown. The gray design featured endless layers of stitched sequins and embellishments, all with a semi-sheer skirt and ankle-length hemline.

When it came to footwear, the “Twilight” alumna elevated her frame stiletto sandals. The almond-toe silhouette included a thin strap across the toe and ankle, all in a metallic bronze colorway. The style comes courtesy of Jimmy Choo in the brand’s $750 Minny iteration.

As for Stewart herself, the American star’s style can be considered a twist on punky edge, oftentimes opting for darker pieces from brands such as Dr. Martens, Vans, Malone Souliers and Thom Browne amongst other major labels. Dipping her toes into the high fashion world, Stewart signed on as an ambassador for Chanel beauty in 2016 and has since appeared in a series of ad campaigns for the brand on top of continuously sitting front row at all the label’s runway shows.

Click through the gallery for more of Kristen Stewart’s standout red carpet style.