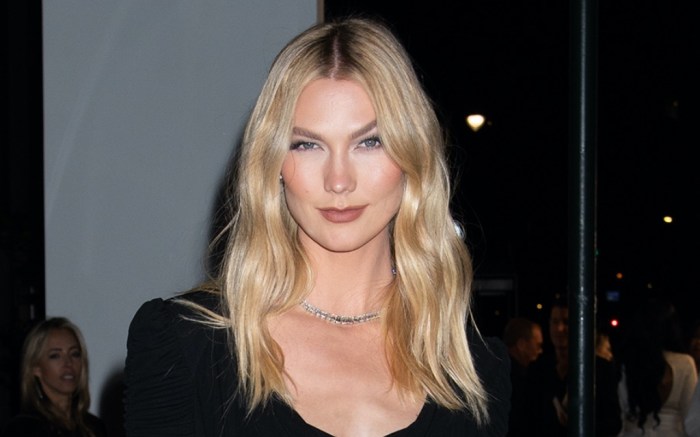 Karlie Kloss wore a simple and sleek look to the CFDA Awards.

The model attended the CFDA Fashion Awards on Wednesday night in NYC in a black Khaite Rya dress. The midi dress hit below Kloss’ knee and featured ruching detailing, long sleeves and a black belted waist. She added a simple silver necklace and wore her blond locks down in waves.

Kloss went with dainty heels for her footwear choice. Her black sandals featured a thin strap across the toes. The heels clung on with a strap across the back of her ankles, and the stiletto heel bumped the 6-foot-2 model at least 4 inches.