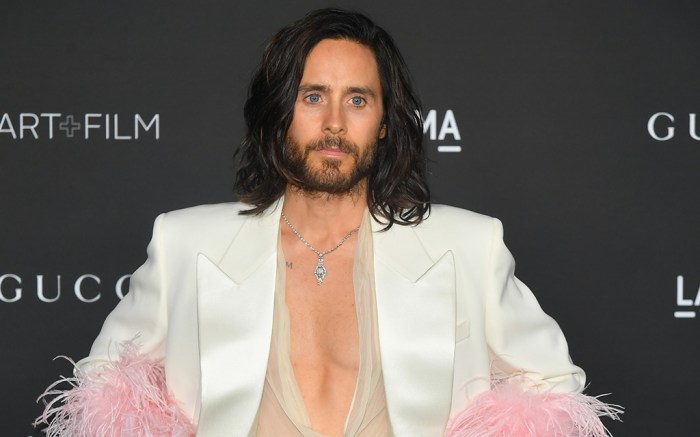 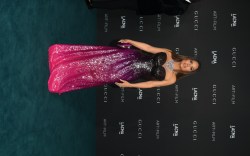 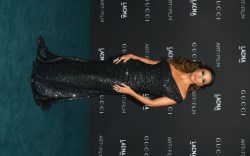 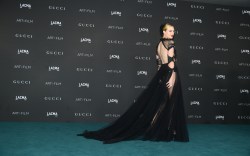 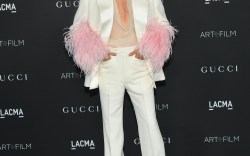 The 49-year-old Oscar-winning actor arrived in a flamboyant white suit by Gucci that had baby pink feathers on the blazer’s sleeves. Underneath, he wore a sheer nude mesh top with a plunging V-neck. Leto also received a little lift thanks to white leather booties with a stacked heel.

The Thirty Seconds to Mars musician has a red carpet history of wearing similar footwear styles; he jumped on the bandwagon a few years ago by wearing similar boots by Helmut Lang to MusiCares Person of the Year event in 2018.

Other famous fans of the menswear heel include Kanye West, Harry Styles and Justin Bieber. Men’s heels have been worn for centuries from David Bowie to King Louis XIV.

The annual LACMA Art + Film Gala honors notable figures in the fashion, film, art and entertainment industries each fall. In partnership with Gucci, this year’s event was co-chaired by Leonardo DiCaprio and LACMA trustee Eva Chow, and director Steven Spielberg was honored. Amy Sherald and Kehinde Wiley, who are the portrait artists for President Barack Obama and first lady Michelle Obama, were also highlighted during the evening.

The Gala’s proceeds benefited the museum’s film programs, as well as future exhibits, education and screenings.