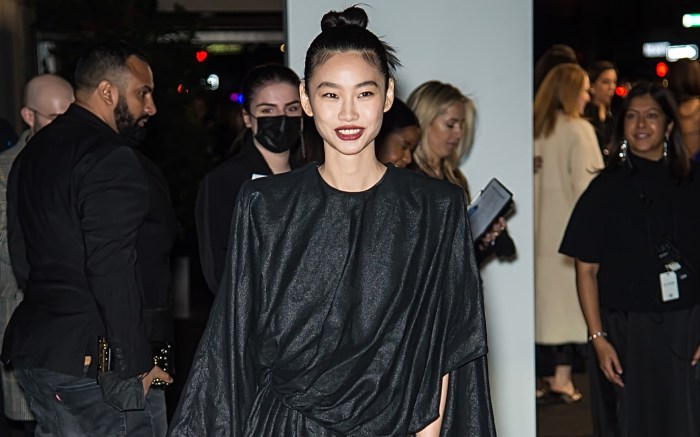 HoYeon Jung made a chic arrival in a stunning dress last night in NY at the CFDA Awards.

The “Squid Game” actress had on an apt ensemble that was fit for the new Louis Vuitton brand ambassador. Jung wore a black dress by the fashion house that had a Grecian, draped silhouette.

When it came down to the shoes, Jung slipped on a pair of black sandals set on a chunky block heel that add a rugged contrast.

Other honorees included Dapper Dan, who received the Geoffrey Beene Lifetime Achievement Award; Patagonia for the Environmental Sustainability Award; Yeohlee Teng with the Board of Directors’ Tribute; the Media Award in honor of Eugenia Sheppard was awarded to Nina Garcia; and Anya Taylor-Joy won the first-ever Face of the Year award.