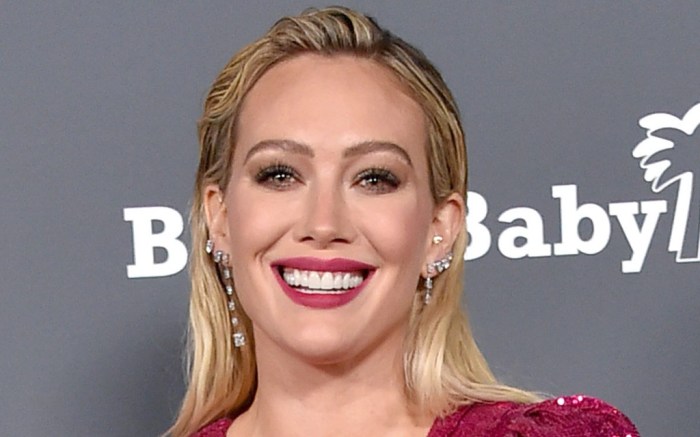 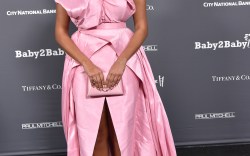 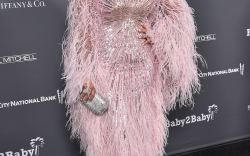 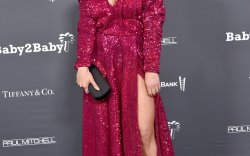 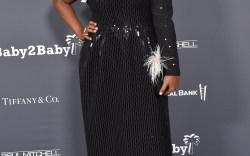 Hilary Duff took a glamorous risk for the Baby2Baby 10-Year Gala at the Pacific Design Center in West Hollywood, California.

The “How I Met Your Father” star arrived in a glam ensemble with daring twists. The actress hit the red carpet with pal Shay Mitchell, wearing a deep magenta gown covered in sequins. The style featured slightly puffed shoulders with long sleeves, as well as a deep neckline. However, the piece also included a sleek thigh-high slit, adding a sultry element to Duff’s look. The “Younger” star completed her ensemble with a silky black clutch, as well as numerous sparkling earrings.