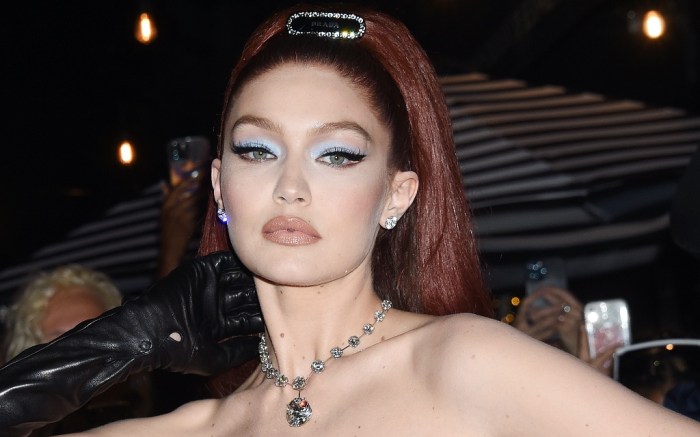 Gigi Hadid looked as if she stepped out of a Prada runway at the 2021 Met Gala.

The model and seasoned Met Gala attendee hit the steps of the Metropolitan Museum of Art in head-to-toe Prada. She wore a white Prada strapless column gown with a thigh-high leg slit in the back. She added long black leather gloves to her ensemble as well as a logo barrette to her bright red ponytail, which she debuted on Monday night. Her jewels sparkled and her blue eyeshadow popped against the minimal colored look.

Not only did Hadid’s jewelry sparkle, but her Prada heels did as well. She paired slingback jeweled heels with black embellished tights. Her shoes featured the iconic Prada triangle as well as a pointed toe.

See the rest of the 2021 Met Gala red carpet looks.