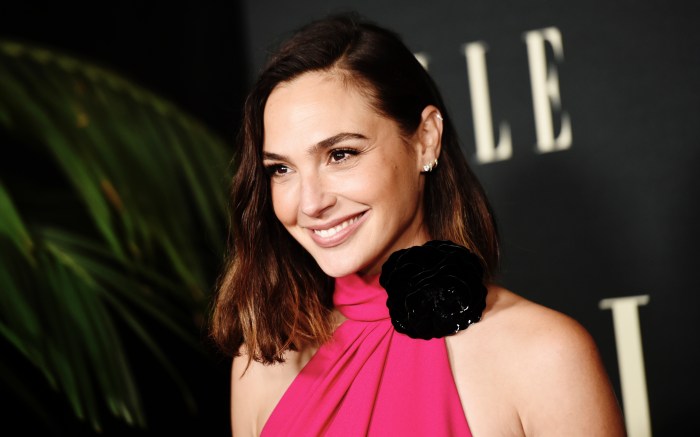 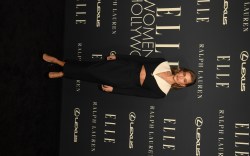 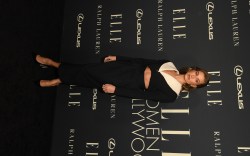 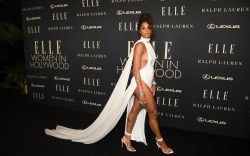 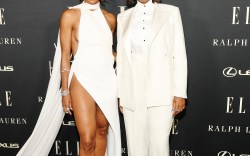 The vibrant, floor-length frock featured a high, halter-style neckline adorned with a black rose embellishment and a subtle leg slit at the side, which helped to show off her strappy black sandals as she walked the red carpet.

The 36-year-old Israeli actress reached for a pair of slinky high heels from of luxury Italian brand Aleví Milano for the evening. The slingback style, dubbed the “Tiffany,” perfectly matched the black floral embellishment at her neck, pulling the look together seamlessly. She also added some simple jewelry for a touch of sparkle, showing off diamond earrings and a bracelet.

Aleví Milano “Tiffany” open-toe sandals are also available in a white version, as well as in a gold-yellow tone and an eye-catching silver metallic option. Farfetch.com is offering the white pair at 30% off right now.

During the event, the “Red Notice” and “Death on the Nile” actress gave a wave-making speech, in which she poked fun at herself and talked about the “Hollywood diva” stereotype.

See more celebrities on the red carpet at Elle’s Women in Hollywood event.