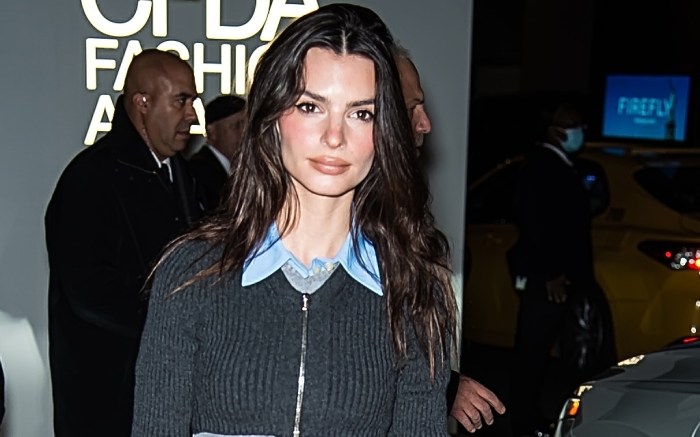 While arriving at the Pool Room in New York City, Ratajkowski wore a daring look from Miu Miu’s spring 2022 collection. Her ensemble featured a gray ribbed zip-up cropped swearer, as well as a matching blue collared shirt. The long-sleeved piece was paired with the brand’s logo underwear, as well as a prep school-worthy navy pleated midi skirt and black belt. Ratajkowski’s accessories included sheer black tights, as well as a quilted leather clutch with gold hardware—all by Miu Miu.

To see more red carpet arrivals,  click through the gallery.