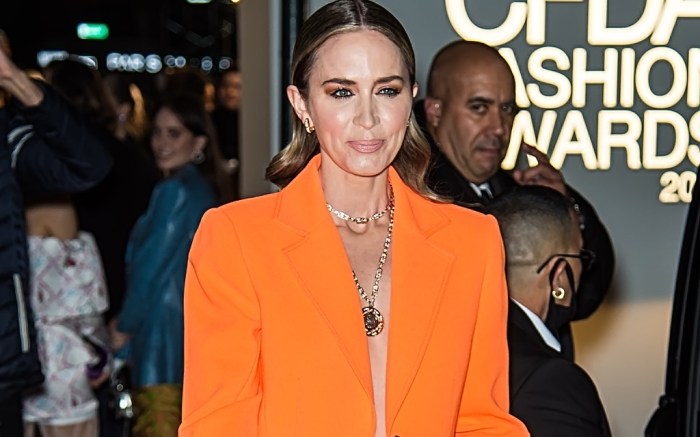 Blunt served as the evening’s host and presented the American Womenswear and American Menswear Designer of the Year awards to Christopher John Rogers and Emily Bode-Aujla for Bode, respectively.

To see more red carpet arrivals,  click through the gallery.