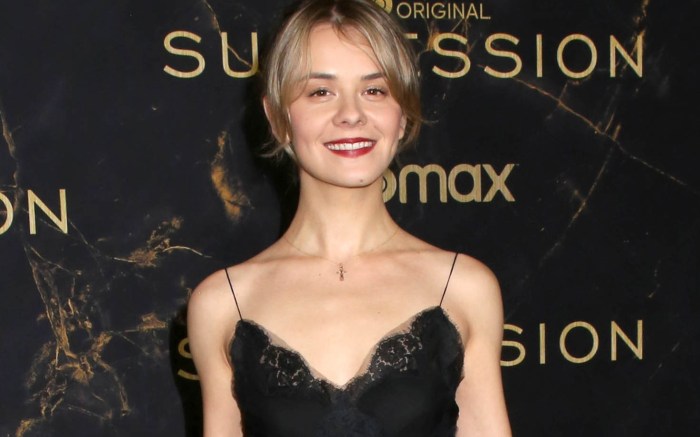 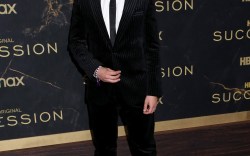 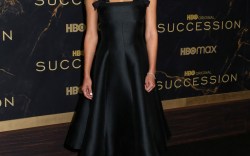 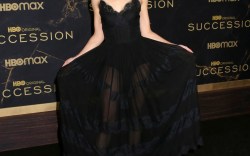 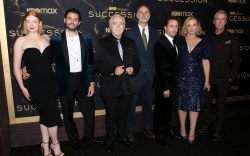 Dasha Nekrasova attended the “Succession” premiere at the American Museum of Natural History in New York City yesterday in style.

The host of Red Scare podcast wore a floor length semi-sheer black gown while posing. An attached black leotard and sheer black tights kept the look somewhat demure. The actress paired the gown with asymmetrical pointed-toe heels. The faux-suede material added another layer of texture in contrast to the lace along the dress skirt. The same lace design was applied along the bodice and neckline with a rosette on the bust for a romantic aesthetic.

The only accessory worn was a small diamond-encrusted cross necklace along her collarbone. The glamorous look is a nice contrast to Nekrasova’s usually laid-back style of button-down tops.

The crowd gathered to watch episode one, season three of the acclaimed series after a two-year hiatus. Nekrasova has a guest starring role as a crisis public relations representative named Comfry. The series is centered on the Roy family that is fighting for control of their media conglomerate while the company patriarch’s health declines. “Succession’s” third season will debut on HBO Max at 9 p.m. ET on Oct. 17.

See more stars on the red carpet at the “Succession” season three premiere.