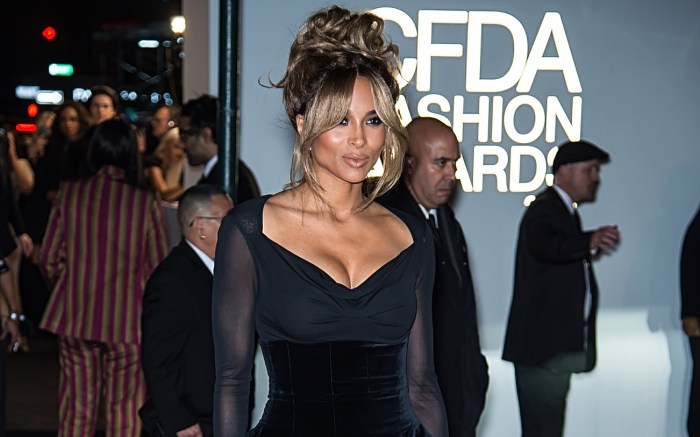 Ciara gives major sophistication and edginess with her latest outfit.

The “1,2 Step” singer attended the CFDA Awards last night in New York City, where she wore an ensemble that showed she’s always on the pulse of what’s cutting-edge in fashion. Ciara donned a black Tom Ford dress that featured a plunging neckline and sheer sleeves paired with a velvet corset structure for the bodice.

When it came down to the shoes, Ciara slipped on a pair of black peep-toe sandals that helped unify the moment.

The CFDA Awards was filled with big wins for brands both big and small. Emily Blunt served as the evening’s host and presented the American Womenswear and American Menswear Designer of the Year awards to Christopher John Rogers and Emily Bode-Aujla for Bode, respectively.

Other honorees included Dapper Dan, who received the Geoffrey Beene Lifetime Achievement Award; Patagonia for the Environmental Sustainability Award; Yeohlee Teng with the Board of Directors’ Tribute; the Media Award in honor of Eugenia Sheppard was awarded to Nina Garcia; and Anya Taylor-Joy won the first-ever Face of the Year award.

Click through the gallery to see more arrivals at the 2021 CFDA Awards.