Karlie Kloss, Kaia Gerber & All the Stars in Louboutins at the 2021 Met Gala 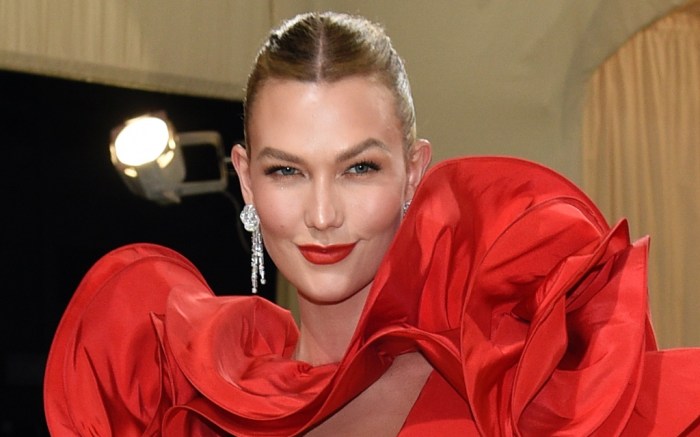 Whether it was model Karlie Kloss or actress Jordan Alexander, the French designer’s shoes made a statement in both colorful and neutral tones. They also followed a classic shoe trend of the evening, pointed-toe pumps — which were worn by an array of stars for the “Oscars of fashion.”

Kaia Gerber, one of the first celebrities to arrive at the event, was the picture of elegance in a black Oscar de la Renta gown and a matching Omega watch for her Gala debut. The model’s dress featured a strapless silhouette, as well as a voluminous skirt and cinched bodice with a floral neckline. She paired the piece with black satin Pigalle Follies pumps by Louboutin, which included pointed toes and heels that reached 3.34 inches in height. Gerber’s look specifically paid homage to Bianca Jagger, who wore a similar Dior dress to the 1981 Met Gala.

Jordan Alexander, similarly to Gerber, made her Met Gala debut in a vibrant gown by Christopher John Rogers. The “Gossip Girl” actress paired the strapless number, which included a neon corset bodice, multicolored tiered skirt and flowing black and white train, with a dazzling floral necklace and earrings by Tiffany & Co. Her outfit stayed bold with a pair of Louboutin’s Pigalle Follies pumps in a lime green satin.

Click through the gallery to see all of the celebrities arriving at the 2021 Met Gala.