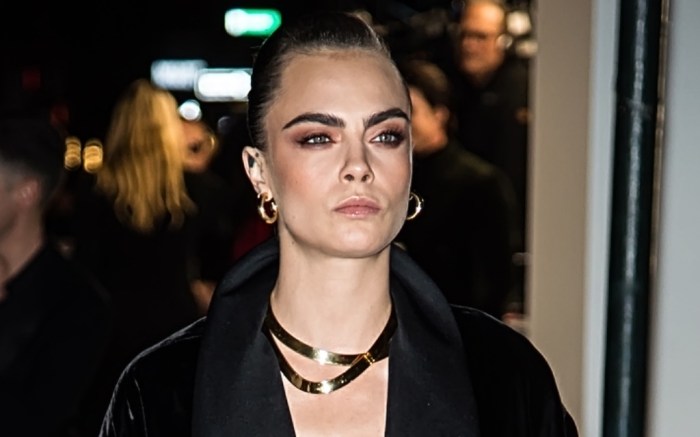 Cara Delevingne sported a risky outfit to the CFDA Awards.

The model wore an all-black look to the ceremony on Wednesday night in NYC, where she served as a presenter. She paired an open black blazer with a black velvet mini skirt. She also added a thick gold overlapping necklace as well as thick gold hoop earrings.

For her footwear, the media personality toughened up her blazer with edgy combat boots. The leather boots included a lace-up style along the front, as well as a thick heel reaching about 4 inches in height.