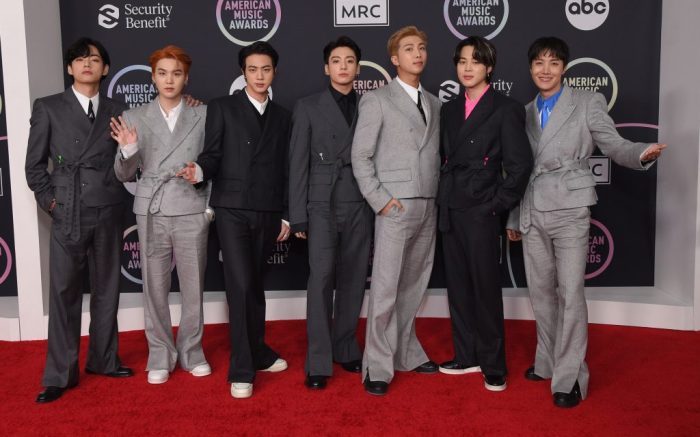 BTS was sharply suited while arriving at the 2021 American Music Awards.

The Korean boy band group, composed of members Jungkook, V, Park Ji-min, Jin, Suga, RM and J-Hope, hit the red carpet in a coordinated suiting moment. Crafted by Louis Vuitton, the “Butter” singers wore alternating light gray, dark gray and black suits. Though all of their blazers were double-breasted, many were cinched with coordinating waist belts. The group’s shirts also varied in tone, ranging from white to black, blue and hot pink.

For shoes, the “DNA” musicians also alternated their footwear. While some wore shiny black loafers for a traditional finish, many kept their looks sleek and comfortable with black or white leather sneakers. All of their footwear picks provided neutral bases for each Vuitton suit, adding a sharp finish to each member’s ensembles.