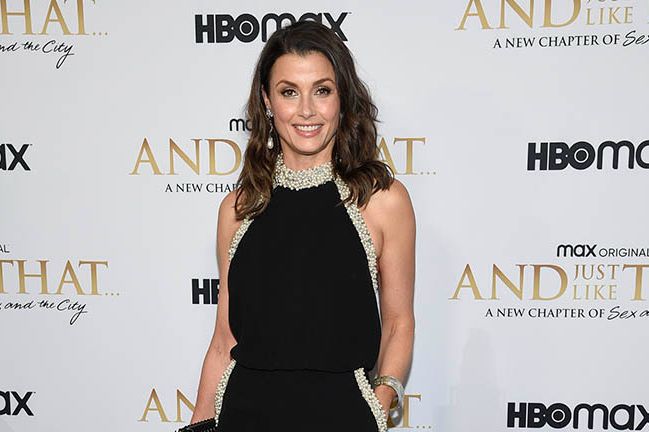 Some heavy hitters are gracing the red carpet at the “And Just Like That” premiere at the Museum of Modern Art in New York City tonight. And among the A-listers was Bridget Moynahan.

The 50-year-old model and actress is known for her recurring role as Natasha in “Sex in the City.”

Moynahan arrived in a black jumpsuit that was complete with pearl details on the pockets and around the halter neckline. She paired her ensemble with dainty chandelier earrings and a small square black clutch.

The “Blue Bloods” alum tied her look together with a pair of classic black pointed-toe pumps. Several stars like Rebel Wilson, Mindy Kaling, Jennifer Lawrence and Nina Dobrev have been spotted in the shoe style in recent weeks.

When it comes to footwear, Moynahan loves Christian Louboutin pumps. She actually blames actress, Connie Britton for her obsession with the red-bottomed sole heels.

As for her style, the “Coyote Ugly” actress has mastered the art of wearing comfortable, yet fashionable outfits. While she loves a chic and glamorous look, she admitted that she can’t live without a good T-shirt. “I love a crisp white T-shirt, you can throw it on with anything,” she said.

Flip through the gallery to see all of the red carpet arrivals at the “And Just Like That” premiere.