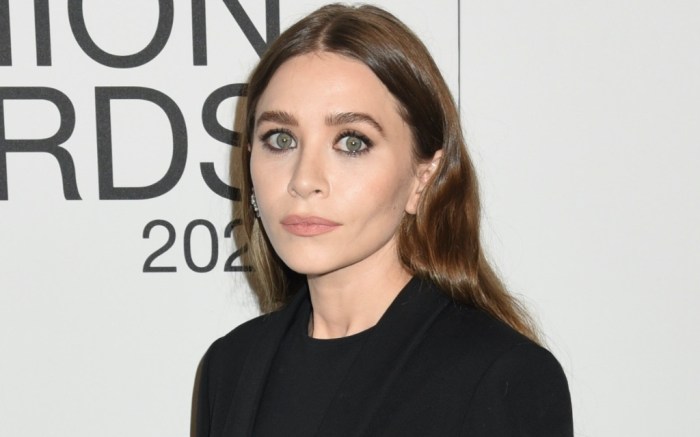 Ashley Olsen showed off her chic style on the red carpet last night in NYC.

The designer went with a dark look to the 2021 CFDA Fashion Awards, where she dressed in a minimalist black floor-length dress with a matching blazer and clutch plus a diamond cuff earring. The “Full House” alum added black leather boots that barely poked out beneath her blazer. Olsen wore her hair in her signature loose waves and lined her eyes with heavy black eyeliner.

Olsen is a seasoned pro when it comes to the annual award ceremony. Since establishing The Row in 2013, Ashley and her twin sister, Mary-Kate, have been awarded the CFDA Award for Accessory Designer of the Year in 2014, 2018 and 2019. They also earned the CFDA Award for Womenswear Designer of the Year in 2012 and 2015. In 2009, they became the youngest designers to ever be inducted into the association.