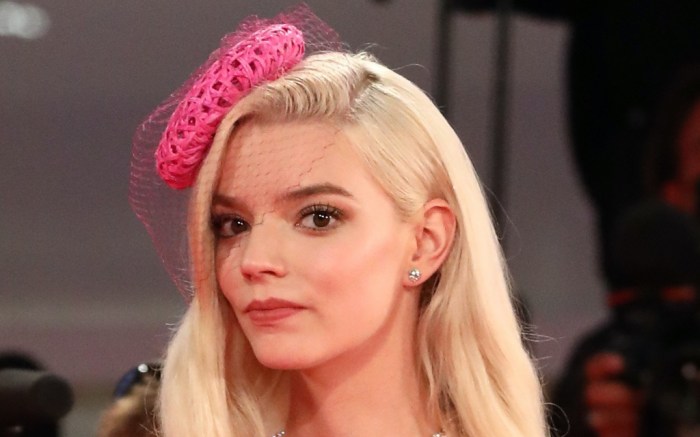 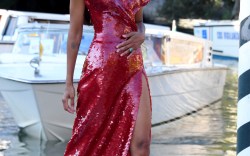 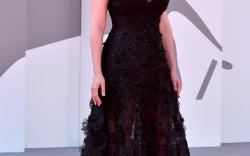 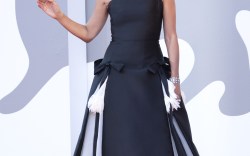 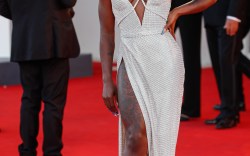 For the premiere of her new film “Last Night in Soho,” the “Queen’s Gambit” actress hit the red carpet in a bright pink silk dress styled by Law Roach. Her Dior Haute Couture number featured an angular neckline, short sleeves and a belted midi skirt, instantly reminiscent of the ’60s (fitting, as the film’s partially set in 1966 London). The garment was given more feminine flourish from a massive bow, tied on its left side. The look was complete with a matching crochet hat with a mesh accent, as well as dazzling diamond earrings, rings, and a statement necklace by Tiffany & Co.


When it came to footwear, Taylor-Joy wore a pair of matching pumps. The pointed-toe shoes featured heels totaling at least 4 inches in height, plus chic silk uppers. When paired with her dress and hat, they created a monochrome effect that was simultaneously bold and elegant.


Pointed-toe pumps have grown in popularity this year, due to their ability to dress up any outfit with an added sharpness. Taylor-Joy is the latest star to wear the style this season. Celebrities like Lady Gaga, Paris Hilton and Rita Ora have all worn pairs in recent weeks from labels like Christian Louboutin, Valentino and Giuseppe Zanotti, as well.


The “Peaky Blinders” star is known for choosing statement-making footwear. Each of her outfits, often from top designers like Vera Wang, Brandon Maxwell and Peter Do, are accompanied by a coordinating shoe that varies in style, height and aesthetic. Taylor-Joy has been previously seen in thigh-high leopard-print Halpern boots, pointed-toe Chloe Gosselin and Miu Miu pumps, and Amina Muaddi sock boots — plus a range of strappy sandals.

In addition to earning accolades for her on-screen performances, Taylor-Joy is also making waves in the fashion world. The 25-year-old actress is a front row favorite for brands like Armani, Miu Miu, Christopher Kane, and Gucci. She’s also recently become a brand ambassador for Tiffany & Co., whose jewels she frequently wears, as well as Viktor & Rolf.

Wear bold pink heels with your next look, inspired by Anya Taylor-Joy.