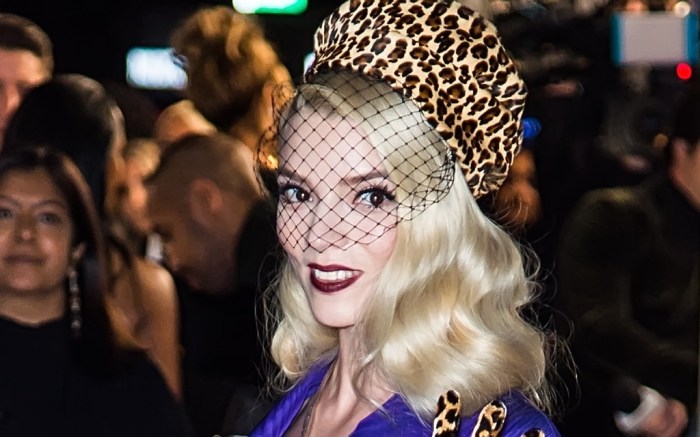 Anya Taylor-Joy took a riskier approach than her usual red carpet look to the 2021 CFDA Awards.

The “Queen’s Gambit” actress wore a purple Oscar de la Renta blazer mini dress that featured a peplum silhouette and a thick belt to the CFDA Fashion Awards in NYC on Wednesday night, where she nabbed the award for the Face of the Year.

Her matching Gigi Burris hat and gloves popped against the otherwise monochromatic look. The hat included a black veil that added a classic touch to the look. Taylor-Joy added an oversized necklace and sheer tights.

Taylor-Joy matched her dress perfectly to her shoes. She wore satin pumps, covered in a deep violet colorway. Her pointed-toe heels reached roughly 4 inches in height thanks to their thin stiletto heel.