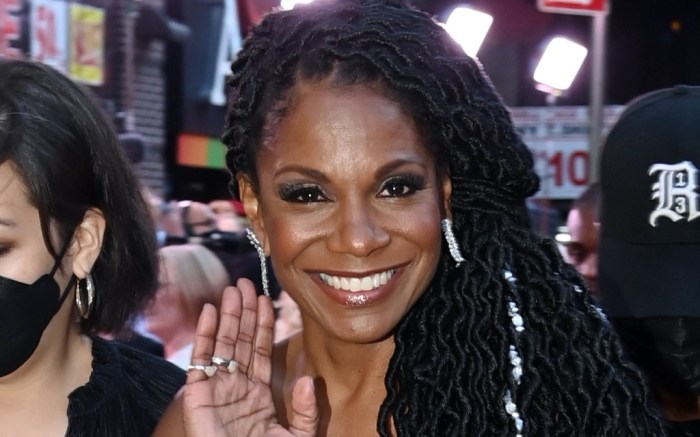 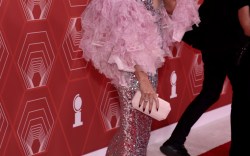 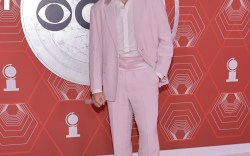 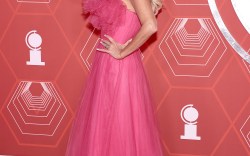 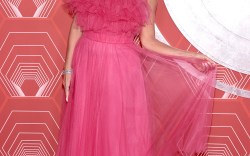 The 2021 Tony Awards rolled out the red carpet — literally — for the theater world’s top awards ceremony, held this evening in New York City.

The black-tie affair awards the top Broadway shows and performances each year, with tonight’s event marking its 74th ceremony. This year’s awards notably feature plays from the 2019-2020 season, following last year’s cancellation due to the COVID-19 pandemic. The awards will be held at the Winter Garden Theatre, one of the largest venues on Broadway.

“Glee” star Darren Criss made a sharp entrance in a mixed-media black suit, which featured silky sleeves. The Emmy Award-winning actor’s set was layered over a white shirt, and accented with a chunky silver necklace and several rings. For footwear, Criss stepped away from standard lace-up brogues in favor of patent leather lug-sole loafers.

Audra McDonald, who is hosting the Tonys with Leslie Odom, Jr., wore a bold black gown for the occasion. The actress’ black silk dress featured a flowing train, as well as a large bow accent on its back. McDonald paired the classic eveningwear with several diamond bracelets and drop earrings. For footwear, she wore a pair of black velvet pointed-toe pumps with crystal flower accents, as well as stiletto heels that appeared to total at lest 3 inches in height.

While hitting the red carpet, “Jagged Little Pill” star Kathryn Gallagher — nominated for the Tony Award for Best Featured Actress in a Musical — wore an equally bold red dress. The actress’ gown featured a thigh-high slit and square neckline. She paired the look with a sparkling clutch, numerous rings and a pair of metallic strappy sandals.

The 2021 Tony Awards include a variety of awards for both dramatic and musical performances and shows, as well as costume design, choreography and more, from the 2019-2020 season. Plays like “Jagged Little Pill,” “Tina — The Tina Turner Musical” and “The Inheritance” are some of the shows leading with the most nominations, in addition to popular programs like “Slave Play,” “Sea Wall/A Life” and more.