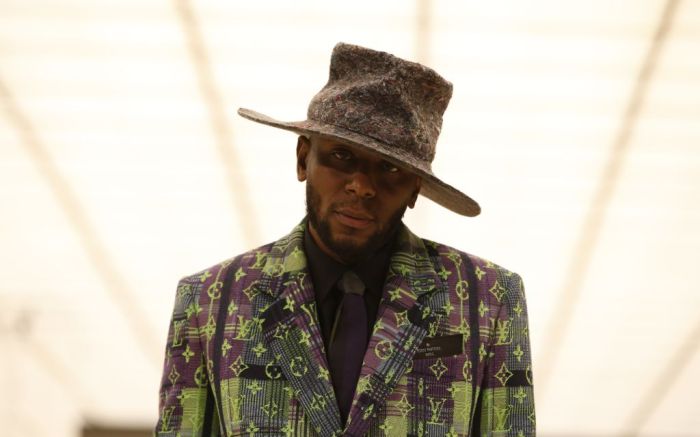 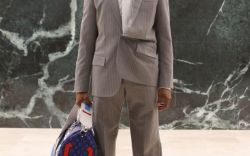 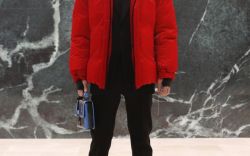 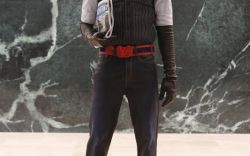 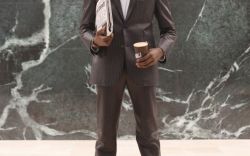 Yesterday, Amanda Gorman read an inaugural poem that shook the collective soul of the U.S. Today, Virgil Abloh echoed that spoken word with his own message of the Black experience and hope for social justice, folded into a short film showcasing his fall ’21 men’s collection for Louis Vuitton.

He had a little help from his friends, namely the rapper Mos Def (now publicly known by his given name Yasiin Bey) and artist, poet and musician Saul Williams. Both starred in Abloh’s “Peculiar Contrast, Perfect Light,” which set their words and lyrics to his latest looks for the French luxury house.

The film began in a snowy alpine landscape with dreamy harp soundtrack, Williams walking with a chrome logo suitcase in hand across a wide swath of land as his voiceover spoke: “My Blackest self, whose whitest death, is luxury. I am no stranger anymore. The world is love to me,” he says. The scene is a reference to “Stranger in the Village,” a 1953 essay by James Baldwin that details the writer’s experience as an African-American man visiting a Swiss village.

Williams moved on to a scene set with speed skaters, curiously dressed in Vuitton suits, and eventually to an office building lobby, veined in green marble, where models mostly of color walked through as if passing on their way to their desk, or to a meeting (in some of their hands were cups of Vuitton coffee and newspapers with Vuitton headlines). According to the show’s press release, they were intended to fill archetypes: the artist, the salesman, the architect, the drifter, “normal” characters of society whose cultural, gender and sexual prejudices Abloh intended defy through his designs.

“Within my practice, I contribute to a Black canon of culture and art and its preservation. This is why, to preserve my own output, I record it at length,” read a quote from the barrier-breaking designer that was included in the show’s press release.

Abloh had a lot to show in what he wanted to say. There were plenty of suits, outfitted with real dress shoes, still something of a surprise given the casual mood of the pandemic. There were kilts-as-skirts, worn with a few Western-inspired boot styles (the best came in Kelly green and seemed destined for Lil Nas X). Coats came in all shapes and levels of dress, from proper overcoats with elongated tails and brocade agate motifs to tailored gray logo puffers complete with his signature harness overlay and even two short novelty puffers done up in the skylines of New York and Paris. Bags and caps read “Tourist vs. Purist,” a phrase that Abloh uses to distinguish the fashion outsider vs. insider and shifting ecosystem of the two in the digital age.

Eventually the sneakers showed; classic white leather mid styles with velcro straps dotted in singular Vuitton logo motif-charms (which were paired both with bootcut jeans and kilt skirts); sporty black styles with armor-like metallic side panels; plus a few trekkie silhouettes to echo the outdoor boom that fashion is currently experiencing. There were also items throughout the collection adhering to the brand’s Upcycling Ideology program, similar to those now on display and ready to buy at its current Paris pop-up.

Then came Bey, decked out in a plaid wool coat dotted with LV logos, a felt fedora, black suit and tie and green Western short boots as a model handed him a chrome logo briefcase. Models walked past him exchanging other bags as he performed “Moved by the Motion.”

There will no doubt be a lot of collector’s pieces coming from the collection (including a leather logo to-go coffee cup that is sure to blow up Instagram come August). But equally as successful is the message that Abloh sent — his most direct and personal to date.