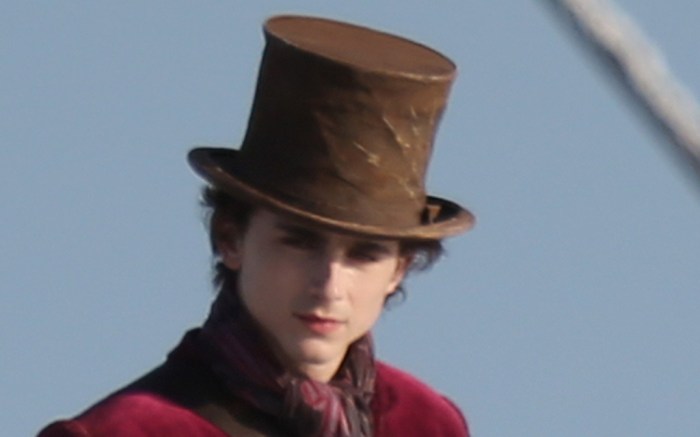 Timothée Chalamet is gifting fans with a first-look into his upcoming movie.

The actor will be portraying a young Willy Wonka in the Paul King-directed film, “Wonka,” a prequel story behind the iconic chocolate factory character. Chalament himself was spotted on set this afternoon out in Lyme Regis, England, in full costume.

His outfit includes a printed blouse tucked into tan pin-stripe trousers with a silky scarf to match. To channel Willy Wonka, the 25-year-old also modeled a red velvet peacoat and a signature brown top hat as he held tight to a wooden cane and coordinating luggage.


On Sunday night, the “Call Me By Your Name” star shared a preview of the film on his social media, writing: “The suspense is terrible, I hope it will last …WONKA.”

More often than not, when Chalamet isn’t in character, you can find the “Lady Bird” actor in on-trend sneakers when it comes to his off-duty looks. Recent picks include gray smooth high-top kicks from Tretorn (available for $52 on Amazon), classic Converse high tops and buzzy sneakers courtesy of Nike and Travis Scott.

Beyond on-trend sneakers and relaxed street style looks, Chalamet also has an impressive repertoire of red carpet ensembles. From sleek Haider Ackermann suits with Western-style boots to a satin Prada tracksuit and chunky boots, the New York native knows a thing or two about standing out from the crowd — he even styles his own attire, opting against the norm of having a seasoned stylist for major events.