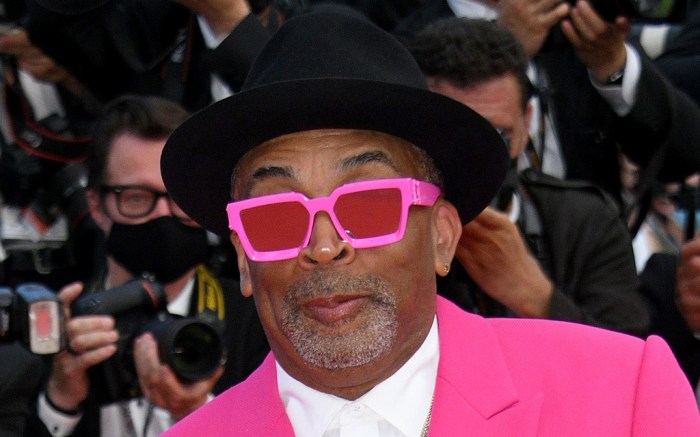 The Cannes Film Festival’s red carpet is the perfect place for stars to debut their most glam and bold attire — and after the festival’s hiatus over the past year, Spike Lee had to make up for the lost time.

The star, who is now serving as the festival’s jury president, attended the opening ceremony and premiere of “Annette” last night in bold fashion. His outfit popped thanks to a custom double-breasted Louis Vuitton suit courtesy of Virgil Abloh highlighting a can’t-miss hot pink finish. The shade echoed into his choice of sunglasses, balanced well with a signature black hat and white dress shirt to tout.

As if his attire wasn’t attention-grabbing enough, Lee turned it up a notch when it came to footwear. The director and producer broke out a pair of custom Air Jordan sneakers for the occasion, a gift from Michael Jordan himself and designed by Tinker Hatfield — Nike’s vice president for design and special projects.

The high-top kicks feature contrasts of red, white and blue overlays with a depiction of Lee himself across the right tongue; above the image reads “Festival de Cannes” and beneath includes his title of “Jury President.”

Click through the gallery to find more red carpet arrivals at the 2021 Cannes Film Festival.