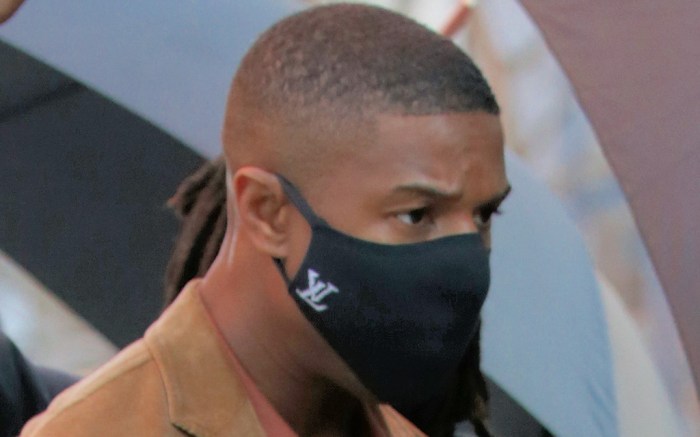 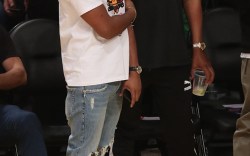 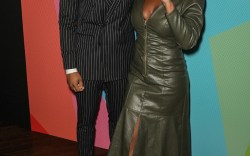 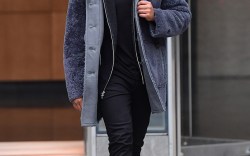 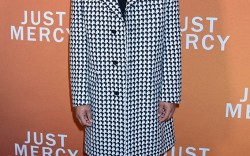 Michael B. Jordan got into character on the set of his new film, “Journal for Jordan,” in New York this week and served up a matured look.

The actor appeared at Minetta Lane Tavern on Wednesday at the movie kicked off production, modeling a dad-inspired look that layered a corduroy blazer over an orange collared shirt and dark-wash jeans. The “Creed” star then added in a signature touch of his own style with a Louis Vuitton face mask.

As for footwear, the star traded his usual sneakers and designer shoes for a more formal choice of classic brown leather loafers with exposed stitching and a rubber outsole.

According to FN’s sister publication Variety, “Journal for Jordan” is follows the true story of Pulitzer Prize-winning journalist Dana Canedy’s love affair with First Sergeant Charles Monroe King. During his time deployed overseas, King kept a journal of important life lessons for their newborn son, Jordan. King was killed in Iraq in 2006 when Jordan was just seven months old, but the film captures his spirit through his notes of hope and love for his wife and son.

While he may share his name with a famous athlete, Michael B. Jordan himself has earned an impressive reputation of his own. From his memorable roles to his sleek red carpet looks, the “Black Panther” actor remains on top of the celebrity style scene and can be found on the front row during Fashion Month for hit brands. He also serves as a brand ambassador for Coach and recently appeared in the campaign for its “Coach It Forward’ campaign alongside Jennifer Lopez and more stars.

Click through the gallery to find more of Michael B. Jordan’s style evolution throughout his years in the spotlight.