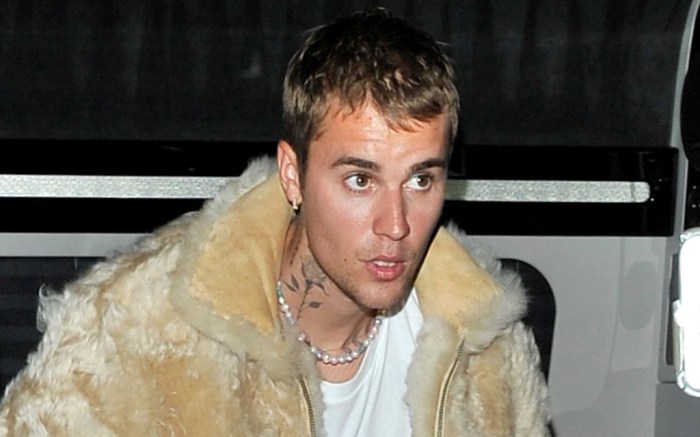 The “Peaches” singer stopped by Poppy’s nightclub in West Hollywood, Calif., with friends on Monday night for The Kid Laroi’s birthday. Breaking out his most attention-grabbing jacket for the occasion, Bieber’s furry number came layered over a classic white tee and slouchy 1990s-era dad jeans for a casual yet statement-making ensemble.

When it came to footwear, the “Baby” singer also tapped a retro silhouette. The Nike Air Force 1 ’07 sneaker first hit shelves in the 1980s and has since become a cultural icon and must-have footwear style for Gen-Z and above; from “Stranger Things” actress Millie Bobby Brown to TikTok star Addison Rae, these affordable and easy-going sneakers can be found in a variety of street-style inspired looks in younger and older generations.


As for Justin Bieber himself, the “What Do You Mean” singer can typically be found in must-have sneakers from the likes of Off-White, New Balance and Nike with a few more dressed-up silhouettes from Gucci among others — but his true footwear passion centers around the colorful rubber uppers of Crocs. He partnered with the brand to create his own clogs in 2020 inspired by his own label and has a second collab with Crocs that was released earlier this year. Most recently, he starred in a Balenciaga campaign as the French brand debuted its newest sneaker silhouette.

Flip through the gallery for a look at Justin Bieber’s unique footwear taste.