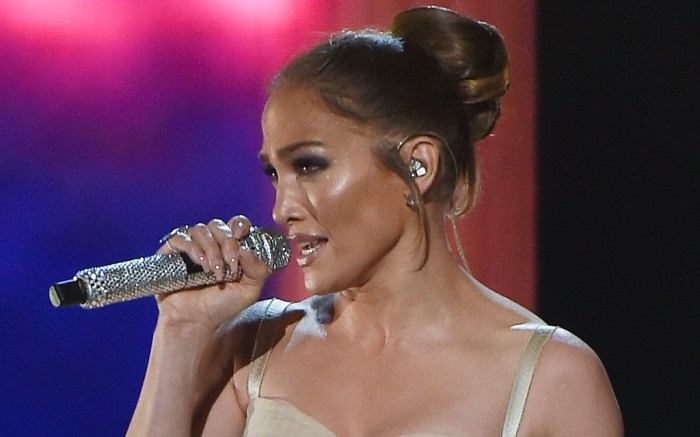 While performing her new song “On My Way” at the ceremony, the “All I Have” singer wore a rose-shaped headpiece with a gauzy, crystal-accented veil, plus a nude Dolce and Gabbana gown with a structured bodice. The sleeveless number featured corset boning similar to styles worn by ballerinas, as well as a tulle midi skirt cinched with a silk sash. With her hair styled in a slick bun and accented with Messika diamond earrings, JLo brought the elegance of a prima ballerina to the stage.

The “Marry Me” star gave her ensemble an edgy boost with matching nude platform ankle boots. The sharp style, which featured nude leather uppers, included a lace-up silhouette with pointed toes and silver eyelets. The pair also included thick platform soles and stiletto heels, totaling at least 3 inches in height. The shoes added a sleek edge to Lopez’s elegant look, while also coordinating with her dress to create a monochrome nude moment.