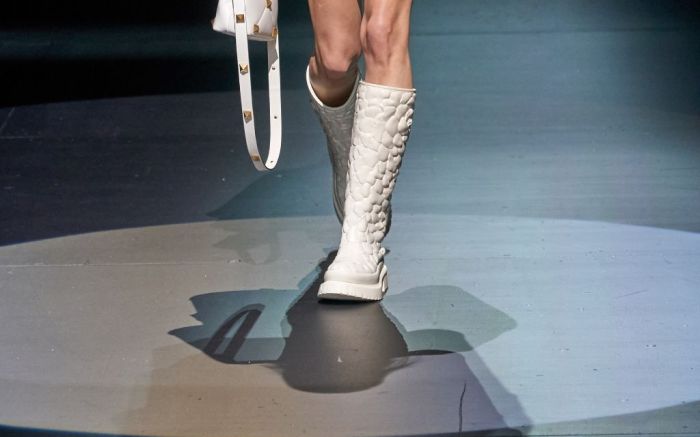 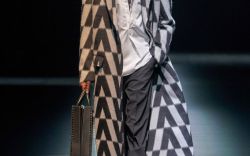 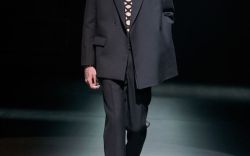 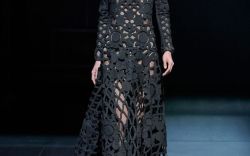 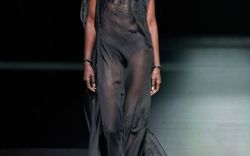 High heels may be poised for a comeback later this year, but for one of the most glamorous brands of all time, the combat boot still reigns.

To be clear, there were some high heels on the runway at Valentino’s fall ’21 ready-to-wear women’s show, presented virtually on the last day of Milan Fashion Week, Monday. But it was the combat boots, in all their puffy leather and platform glory, that gave the collection its allure.

Done in a padded and exaggerated embossed-croc print, the mid-calf leather boots came with the same lug sole that appeared in Valentino’s fall ’20 collection, which had both combat boots and heels, the latter of which were embellished with a leather floral motif that has appeared on much of the brand’s accessories. The debut of the croc-embossed combat boot for fall ’21 points to a possible new collection of accessories using this motif.

The collection follows some of the traditional notions of seasonal footwear and styling dress codes, adhering to boots in the fall and winter (for both men’s and women’s, which continued to be shown together for fall ’21). Meanwhile, the brand’s spring ’21 collection focused on the return of the brand’s iconic Rockstud, a popular gladiator style heel and sandal that dominated Valentino’s footwear offering in the early to mid-2010s. This time, it was done in a lower kitten heel with oversized studs.

Valentino’s footwear has been on a roll lately, and it was on full display at Sunday night’s 2021 Golden Globe Awards, where both Cynthia Erivo and Dan Levy modeled the brand’s platforms and accompanying looks from the spring ’21 couture collection, which creative director Pierpaolo Piccioli showed in January.