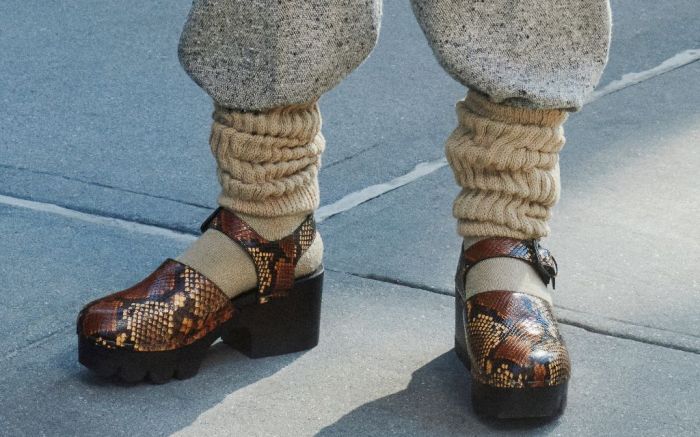 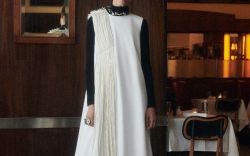 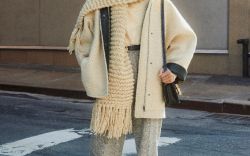 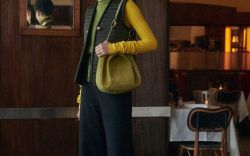 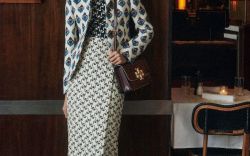 Before the pandemic, transitional dressing referred to that time in-between physical seasons. What jacket to wear when it’s not quite fall but summer has started to fade? What shoes does one wear when it’s almost summer but not yet sandal season?

Now, it means something else. In anticipation of widespread vaccinations and a return to some sort of normal, we contemplate (with crossed fingers) how to transition out of pandemic dressing and into a reinterpretation — or a reinvention — of dressing up.

Tory Burch offered a few ideas in her fall ’21 collection, which she presented virtually, nearly a month after her usual slot during New York Fashion Week (the designer opted out of both the spring ’21 and fall ’21 weeks, joining the likes of Michael Kors and Ralph Lauren in eschewing the traditional fashion preview calendar).

There were real, true dresses — but they came in voluminous, relaxed silhouettes and cozy knitted materials. There were tailored jackets and even real pants, but they, too, had an almost pajama-like quality, even though they were as finished as ever. At first glance, a pair of tweed trousers looked to be a pair of chic sweatpants, especially when styled with chunky crew socks, and an even chunkier sweater and oversized scarf.

“Timeless pieces that are grounded in the reality of how women want to dress,” Burch wrote in her collection notes, noting this shift to comfort, even in the most prim and proper of garments. “It starts with the idea of season-less dressing and layers, the foundation of wardrobes women will reimagine in their own way.”

That was also seen in the footwear, which focused on the heeled loafer — a favorite of Burch’s — as well as the the tried-and-true stacked boot, plus a clog, which is fast becoming a favorite in fashion. Both silhouettes suggest a duality:  They are dressed up, with their heels and rich materials and textures. But they also project an idea of comfort, of something that is well worn and time tested. There were no sharp points in these shoes (no stiletto heels) or in this collection as a whole. Soft and classic was Burch’s vision, and when it comes to thinking about our new form of transitional dressing, it’s an appealing one.