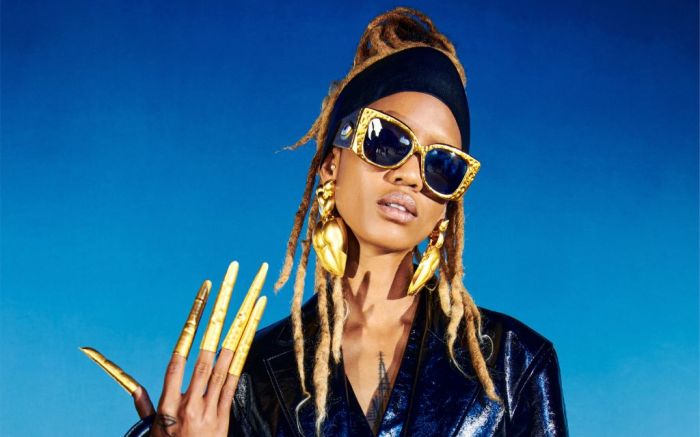 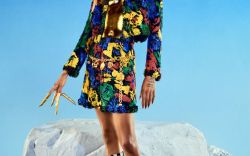 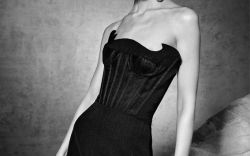 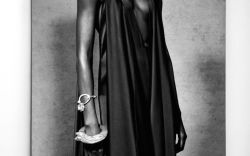 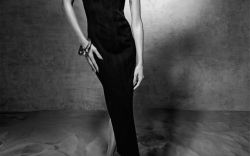 The eyes. The aberrant ears. The golden fingers and toes. By now, the details of Daniel Roseberry’s ode to Schiaparelli are better known to the masses, thanks in large part to Beyoncé’s avant-garde Grammy’s look earlier this year, with its “Beetlejuice”-esque earrings and black leather opera gloves tipped in gold.

Since signing on as artistic director to the brand in 2019, Roseberry has deftly reintroduced both inner fashion circles and the masses to the wonderful, wacky world of Elsa Schiaparelli, the Italian fashion designer who was once Coco Chanel’s rival and helped to usher in the truly modern fashion of the 20th century.

For spring ’22, Roseberry continued with the surrealist codes he’s established as the new Schiaparelli. But this time, he took them to new places, imagining what his visionary predecessor might have worn in her own private life. “Who was she when she stepped off the stage, when she was alone, away from the glittering Parisian demimonde?” wonders Roseberry in the collection press release. “What does the Schiaparelli woman wear when she’s not—to use a beloved term from drag—serving?”

In one half of the collection, Roeseberry imagines Elsa in the city. It’s a collection of slouchy-but-expertly-tailored suiting, jackets, louche pants and the usual new Schiaparelli accoutrements. In the other half, it’s Elsa on holiday, in an imaginary seaside town donning 1920’s-esque bathing stripes, which go all the way down the the platform shoes decorated with gold toes.

There is something for every Elsa, including Cardi B, whose penchant for avant-garde fashion makes her a perfect Schiaparelli muse. As today’s pop culture fashion icons continue to push their boundaries, a brand like Schiaparelli is well positioned to become more of a household name.

As difficult as it is to imagine today, rival brand Chanel was once in the same position that Schiaparelli was just a decade ago: dormant, somewhat forgotten, perhaps ill-managed. It wasn’t until former owner Alan Wertheimer took over the company from his father Jacques, in the late 1970s, repositioning its No. 5 perfume and hiring Karl Lagerfeld that Chanel began to rise to the status it holds today.

That’s all to say that perhaps the age of Schiaparelli is upon us.