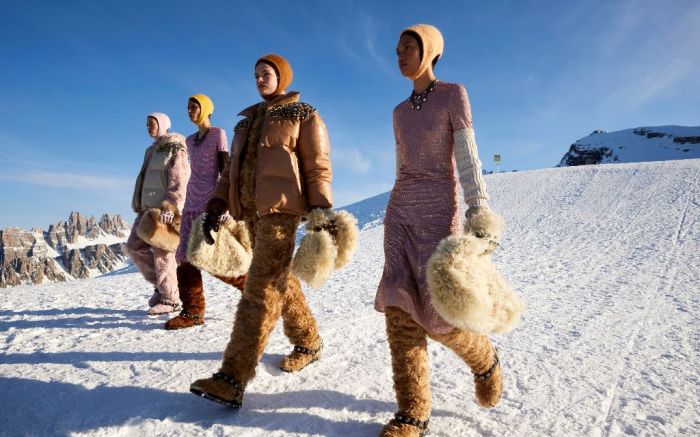 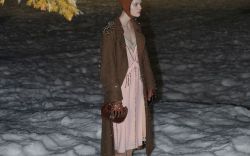 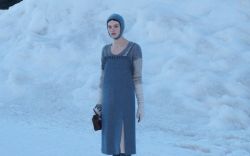 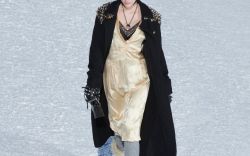 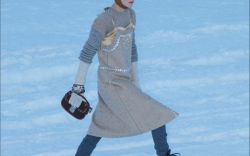 With lockdowns prevailing in Europe this winter, fashion brands have had to look beyond the typical runway for ways to show new collections for the fall ’21 season. It’s been a challenge, but designers have also found a newfound freedom in looking beyond the constraints of the runway.

Such was the case for Miu Miu. Miuccia Prada has long shown her second label on the last day of Paris Fashion Week (after the Chanel show; before Louis Vuitton’s venture at the Louvre). This time around, the designer kept the time slot but looked much further afar — to the ski resort of Cortina d’Ampezzo in Italy’s Dolomites mountain range, to be exact.

There, Prada showed a ski-inspired collection that included snow suits, colorful crocheted balaclavas, scarves and other knitted accessories, plus the most gigantic furry mukluk boots seen on any side of the Alps (or the Rockies, for that matter, where Thom Browne held his own ski show in Park City).

“When the practical is romanced through exaggeration,” is how Miu Miu’s show notes describe the aesthetic, a clear nod to the gargantuan boots, which envelope the leg all the way up to the upper thigh, turning the models into “Abominable Snowman” snow women — Fashion Yetis, if you will — at least on their lower halves. “The utilitarian can become beautiful and pleasurable; the decorative can suddenly have reason, new purpose,” the show notes urged.

The boots were paired with a variety of pieces, from pajama-like quilted satin coordinates to crocheted bra tops and skirts and delicate slip dresses, the latter of which made the big boots look even more appealing on top of a snow-covered mountain. The boots were coordinated with shearling handbags, done in a cream palette that also lent a Yeti-like vibe to the looks.

Dubbed the “Miu Miu Mountain Club,” Prada’s venture into the Alps is sure to keep aflame an interest in skiing, snowboarding and other outdoor snow activities that have blossomed during the pandemic’s winter months.