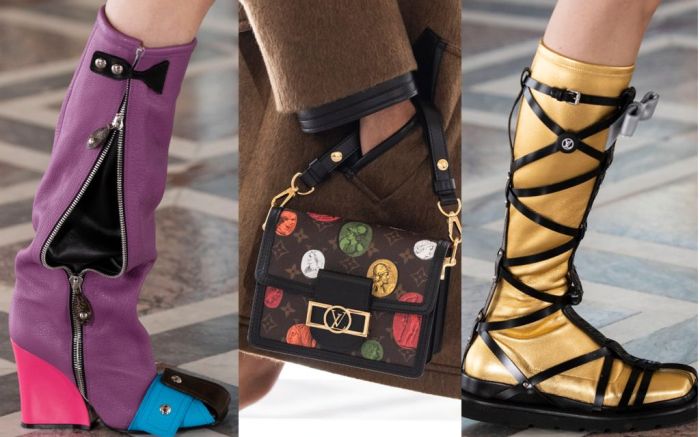 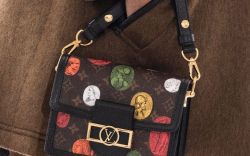 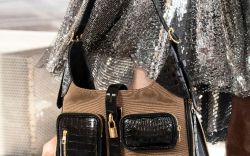 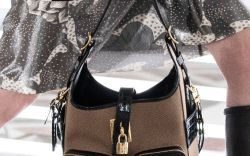 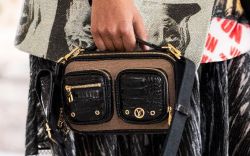 For all of its red carpet moments and mega fashion influence, Louis Vuitton is still at its core a luggage company — and one a highly sought-after logo and series of handbags.

Which is why any change or update to it is bound to grab attention. Think of the frenzy caused by the brand’s collaboration with Japanese artist Takashi Murakami, who in 2002 at the request of then-creative director Marc Jacobs, did a colorful take on the iconic luggage logo, in a series that fans (such as Rihanna) are still wearing lately.

For fall ’21, Vuitton debuted another logo collaboration, which is bound to inspire its own frenzy in the coming months. The brand’s artistic director of women’s Nicholas Ghesquière tapped Fornasetti for a series of accessories and ready-to-wear emblazoned with the Italian home and design brand’s well-recognized images of neo-antiquity, which have previously been seen on pieces like dinner plates, vases and the like.

To celebrate the collaboration, Ghesquière created a runway show (and an accompanying collection) that highlighted the aesthetics of Greek, Etruscan and Roman antiquities, showing in the Michaelangelo and Daru Galleries inside the Louvre (the museum has long been the show location for Vuitton, though never before in that specific space — and the brand opted to show elsewhere last season for spring ’21).

The famous works highlighted Fornasetti’s neo-classical interpretation, which Ghesquière put on everything from duffle bags to overcoats. Handbags even ventured into the avant-garde, with circular pouch styles done in the Italian brand’s signature classical portrait motif and shaded in some of its usual colors. The bags resembled the brand’s coveted plates, which are often displayed on walls.

While the collection’s footwear did not feature any of Fornasetti’s motifs, it nevertheless held its own. Zippered knee boots were done in sturdy pebbled leather and resembled chic motorcycle jackets, sitting atop gigantic wedge heels in bright colors. Another boot had a trompe l’oeil effect of resembling a caged gladiator boot, with a stocking underneath of it (and tiny bow-tie accenting at the top). There was also a series of ankle boots done in the same pebbled leather, with the same big, bright wedge heel, plus an oversized toe flap that appeared to be attached by studded snap buttons.