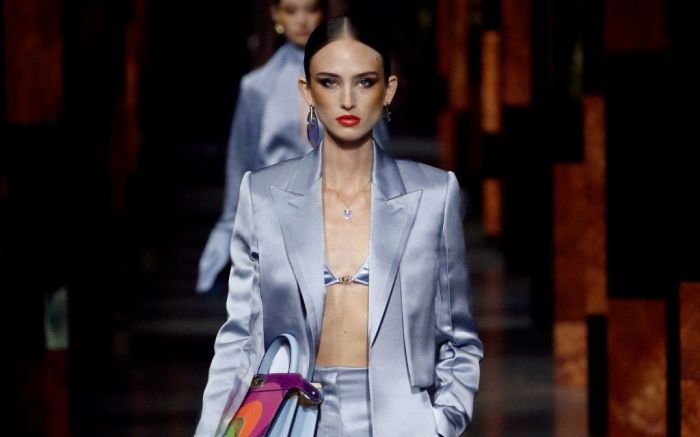 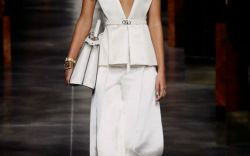 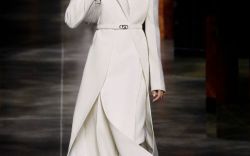 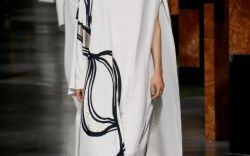 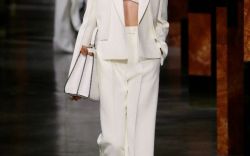 New York Fashion Week may have been full of sexy going-out looks and a return to fun. And if Milan Fashion Week’s first few days are any indication, Italy is here for the party, too.

On the surface, Fendi’s spring ’22 runway show, which the brand presented on Wednesday during Milan Fashion Week, was full of smart, tailored garments, from sleek, elongated jackets to crisp-but-swishy trousers. Paired with sleek strappy sandals (both heels and flats), it looked like things were back to business.

But a closer look at the collection (and further down the runway), a soirée was under way. As it turns out, artistic director Kim Jones was inspired by artist Antonio Lopez, a fashion illustrator whose work epitomized the glamour of the late ’70s disco era.

According to WWD, Jones traveled to New York to go through Lopez’s archives this summer, pulling sketches and brushstroke examples from the artist’s later work, transferring it to garments such as oversized shift dresses, caftans and capes.

Lopez’s influence could also be seen on a series of over-the-knee (and over-the-top) boots. Using an intricate intarsia technique, patchworks of multicolored leather were used that recreated specific illustrations from the artist. A pair of white thigh-high leather boots were inlaid with patches of brown leather to recreate the image of one of Lopez’s glamorous disco women.

Accessories and shoes have always been key categories for the Italian luxury goods brand (especially a statement boot), but Jones reported to WWD during a preview, Jones noted that the Fendi First handbag and select footwear from fall ’21 was selling out quickly.

“I think it’s because it’s real clothes — not too vintage-y, not too avant-garde — and timeless once you pull the collection apart,” Jones said in the interview. “I always think about the consumer first. That’s my priority.”