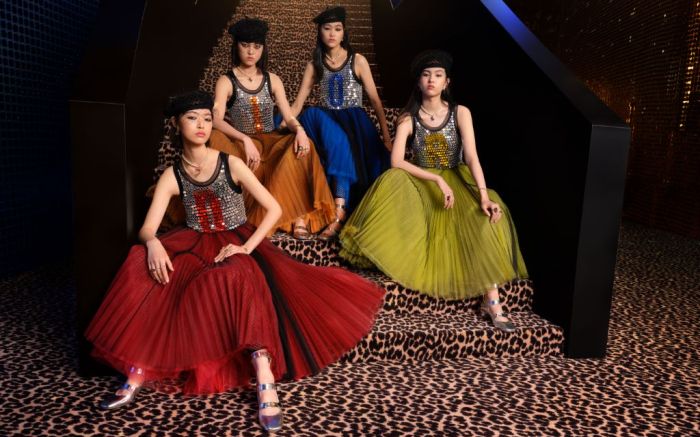 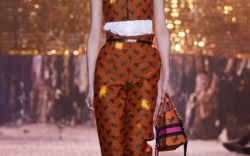 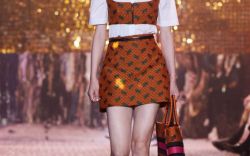 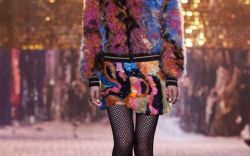 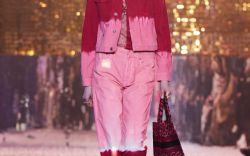 The past Paris Fashion Week wasn’t exactly a party. With lockdowns and travel restrictions firmly in place (both in France and for those who would normally travel to the city for the holy grail of the industry), designers and brands were forced to show primarily through digital formats. Some didn’t show at all.

It’s a stark contrast to Shanghai Fashion Week, which runs now through April 17 and is operating as business as usual, given that China has kept its Covid case numbers shockingly low since last summer. Enter Christian Dior, which took the opportunity to present a real, live version of its fall ’21 collection in a show it held on Monday in the Chinese city.

But the French luxury brand didn’t just ship over its existing fall ’21 collection for the occasion. Creative director Maria Grazia Chiuri created an entirely new version of the season to show in Shanghai.

The two collections may have shared a few silhouettes by way of A-line ballet skirts, mini dresses, the brand’s classic “Bar” jacket and accessories such as white socks and très-Dior black berets. But the Shanghai line stood out for its color, fabrics and all-around pizzazz. The brand’s signature plaid mini sets were done in a bolder red, accented with toile prints. A series of minis, rompers and jackets came in disco-friendly round paillettes and other sequins, most in pink and red (they fit right in with the runway set, which included multiple disco balls and a shimmering backdrop). There were metallic leather jackets, fluorescent tea-length strapless dresses overtop black fishnet leggings. There was even leopard print, used on everything from jackets to dresses but also in a new shoe style for the collection, a slingback ballet flat called the Mizza.

All in all, there were nine exclusive looks designed for the show in Shanghai, including four dresses at the finale with the letters “D, I, O, R.”

Overall, the collection read like a punk princess take on the original fall ’21 collection, a departure from the decidedly more demure fall ’21 ready-to-wear collection shown during Paris Fashion Week. While taking a fashion show to China is certainly not new for luxury brands, creating a separate collection is, and it speaks to the focus on a market that has rebounded in ways that Western markets have not.

As the pandemic continues to create physical separation by way of travel restrictions and a void of global gatherings such as the revered Paris Fashion Week, it could further fracture markets, leaving brands to further separate their marketing strategies from region to region.