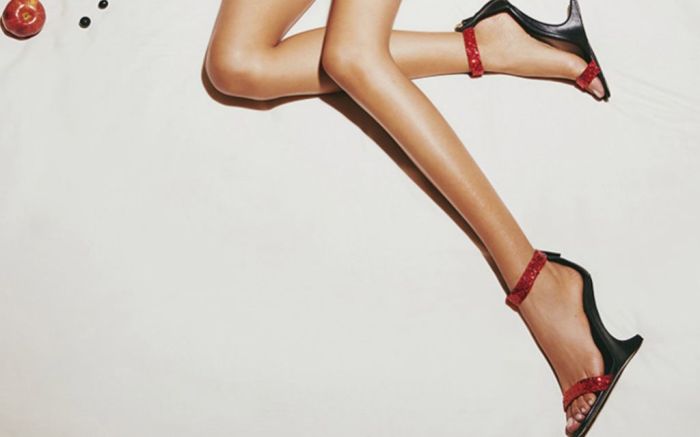 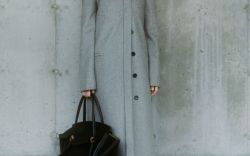 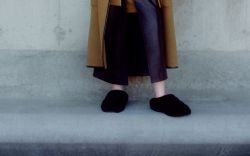 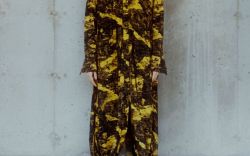 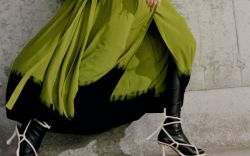 New York Fashion Week was much quieter than it has been in past seasons, as it went mostly-virtual again.

But there were still a number of statement shoes on hand, and the post-pandemic world seems headed for bold instead of more conventional fashion.

From head to toe, several designers brought forth bold looks for their latest collections, and many continued the tradition of collaborating with shoe designers to create innovative, memorable footwear.

Below, a closer look at five of the craziest shoes seen at New York Fashion Week for fall ’21.

Ulla Johnson was one of the standout designers for the fall ’21 season, bringing us bold shoes in the form of boots and heels. The designer played with straps and texture for both her knee-high boot and hybrid pump styles.

Johnson’s stacked heels featuring a leather upper complete with tie-up laces and stretchy hiker-inspired cording were among the boldest shoes seen at New York Fashion Week. The designer paired each pump with a bold lace tight, showing us that taking fashion risks can be fun if done with the right ratio of color and texture.

Christian Cowan’s fall ’21 collection didn’t disappoint as the designer brought his usual bold sense of style. Instead of a show, Cowan’s glamourous pieces were shown by way of a fashion film. Titled, “A Fashion Thing,” the star-studded cast included Paris Hilton, “Saturday Night Live” comedians Chloe Fineman and Bowen Yang as well as models such as Aqua Parios, Justine Skye and Parker Kit Hill at the Pierre Hotel in New York.

The designer teamed up with Giuseppe Zanotti for a round of statement-worthy heels and boots for fall ’21. The collection included the duo’s signature watch sandals which debuted on the runway for spring ’19 as well as Zanotti’s cantilevered heel sandal decked out in crystals and sequins.

Hillary Taymour of Collina Strada continues to be one of the emerging designers that’s pushing fashion towards the future by way of utilizing leftover materials from previous seasons. For fall ’21, the collection featured repurposed tees from the Kantamanto market in Ghana, Africa, as well as embellished shoes with fabric trimmings. While Taymour stuck to sneakers for the latest collection, the casual shoes were statement-worthy thanks to their bold graphics, hues and recycled trims.

Additionally, Collina Strada announced a partnership with TheRealReal, where pieces unfit for the site will be repurposed into clothing including crop tops, pants and dresses.

Proenza Schouler has declared that the thong heel is going nowhere. For fall ’21, the New York fashion house gave the trendy sandal an autumnal update, pairing the heel with leather leggings. Sandals with tights seem to have an ongoing theme for next year, giving way that you can wear your favorite heeled sandals even as the temperatures drop.

Presented by way of a runway film, the Proenza Schouler fall ’21 show also featured a round of cozy slippers. One pair was modeled by Kamala Harris’ stepdaughter, Ella Emhoff.

R13’s punk aesthetic seemed as apropos as ever given the tumultuous year. The collection’s shoes, in particular, were statement-worthy, quite literally.

In the form of chunky boots and sneakers, R13’s footwear featured DIY-inspired scribbles including obscenities emblazoned across the upper. The label was one of the few that stuck to the platform silhouette for the season ahead. The height-boosting shoe has become a prominent style thanks to its form and comfort.