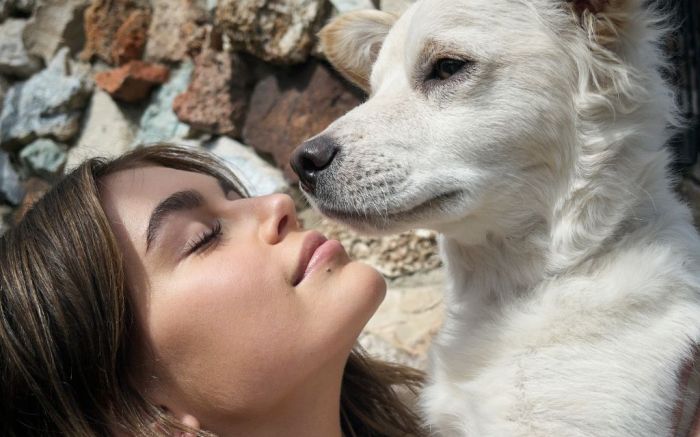 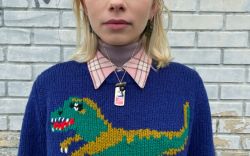 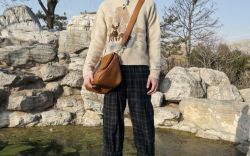 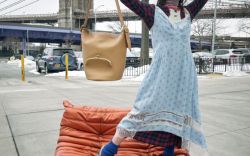 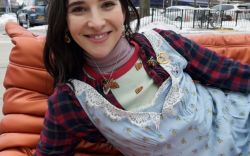 In the digital-only realm that fashion (and every other industry) is forced to live in right now, it’s the filmmakers that ultimately have the upper hand, which is why we are seeing an influx of the fashion film as fashion month makes its way virtually, and mercurially, through New York, London, Milan and Paris.

For Coach, that means harnessing all of the star power that the brand has built over the past few years, combining it and packing it into a blowout film that says and shows just about everything that the American brand wants to say, show and sell in the next year.

In “Coach Forever Season 2,” Michael B. Jordan lounges on a plastic-covered sofa, watching a spoof on “Friends,” before taking a stroll through a vintage New York City in homage to the film “Shaft,” the intro film credits listing the actor’s name as well as the new knit panel blouson he is wearing. Megan Thee Stallion steps in to a Regina George role for a “Mean Girls” parody, while Jennifer Lopez lip syncs Blondie’s “Call Me” from inside a telephone booth, in a MTV-inspired, faux-music-video countdown.

The film flips channel to channel on “Coach TV,” from Tavi Gevinson shilling the brand’s Rexy dinosaur sweater in an “Antiques Roadshow”-style episode to Cole Sprouse seductively touching a handbag on an adult phone service ad (items that are available to purchase on Coach’s site now) — until an emergency notice interrupts the screen, switching to its Coach fall ’21 collection presentation.

For all of Coach’s star power, the film — and the collection —comes off as grainy, a real slice of New York city in the winter, with its dirty snow and a gray pandemic stillness in the air. Nef falls off of a sofa on the sidewalk — and it’s entirely plausible that the sofa was already there to begin with. It can be difficult at times to reconcile the grittiness of the clothing and accessories with the celebrity lineup the brand is employing.

Whether these strategies — the fashion film, the megawatt celebrity campaigns, the vintage focus on accessories and outerwear, the straddling of a traditional delivery calendar vs. the see-now, buy-now model — are working for Coach remains to be seen, as the pandemic has turned every brand upside down, though it did beat its second quarter earnings and sales earlier this month. One thing is certain: the brand remains American as ever.