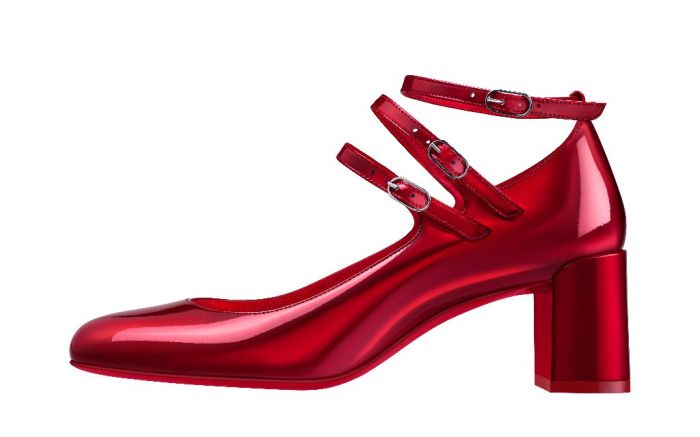 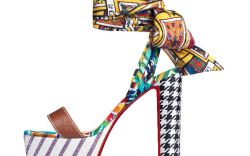 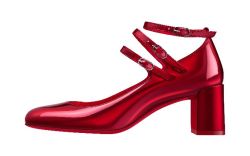 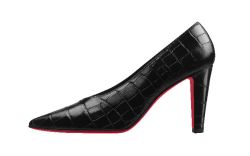 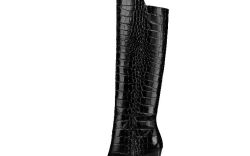 A year into the pandemic, the collective desire to travel again has never been higher.

Enter Christian Louboutin, a consummate traveler who has criss-crossed the globe during his 28-year-plus career, both to find inspiration and to meet his many fans.

It’s no surprise that the French designer turned to travel for his fall ’21 collection — many of his design peers have, indulging in the fantasy. But Louboutin went a step further (no pun intended), offering editors, buyers and loyal clients a virtual look during the last days of Paris Fashion Week at what travel would look like if Louboutin himself were in charge of it.

Shot in the retro interiors of the TWA Terminal at JFK Airport in New York, Louboutin’s fall ’21 fashion film starts with his signature: the red pump. It’s a So Kate, updated in a glossy red version that has a metallic tint to it, worn by a flight attendant as she waltzes into the airport. She is joined by colleagues wearing other styles from the collection, including a block-heeled Mary Jane in the same patent leather hue, and white suede men’s loafers.

As the group walks to their boarding gate, other travelers look on; they’re in different styles from the collection. Some are in lower heels, some are in sneakers, but no matter the shoe style (which is completely devoid of any house slippers), everyone in the airport is impeccably dressed. The security line reveals a series of new handbags along with some beauty and fragrance items, cleverly worked into the narrative. A male flight attendant’s bag reveals a few pairs of high heels; he shrugs with a wink and nod to the changing norms of masculine decoration.

Once on the plane, Captain Louboutin himself directs the in-flight safety video, welcoming passengers. To give editors, buyers and special clients the full immersive experience, the brand also created a 3D virtual experience of “Loubi Airways,” using a rendering of a vintage, mid-century Boeing interior to deck out in Louboutin red with all the finishing touches you would expect from the designer (he may be onto something, as we suspect plenty of his fans would be will to charter a Louboutin-themed flight).

The French designer may be known for his heels, which can be punishingly high. But a look back at recent collections are a reminder that Louboutin has been offering a variety of heels and silhouettes for some time now — and the fall ’21 collection is no different. There were sleek outdoor slides, done in leather outsoles and chic stamped leather insoles (as if to suggest that the shoes must definitely be worn outside), along with a few new accents on sneakers. There were kitten heels and statement high-heeled sandals alike, and a series of seasonal staple boots. Many styles came with men’s or women’s counterparts, adjusted just slightly but still unisex in aesthetic. A series of Tarot-themed cards summarizes his “Caba” series, incorporating past iterations into new styles.

The variety seemed to hint at the uncertain nature of returning back to a post-pandemic life. How and what we wear is still up in the air — but as  Louboutin suggests, you can still look chic either way.