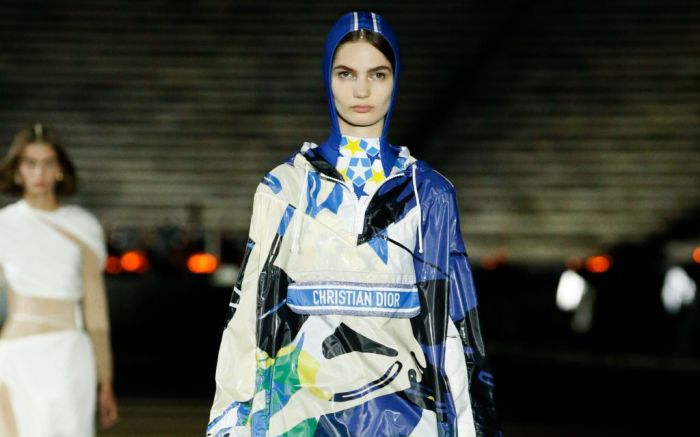 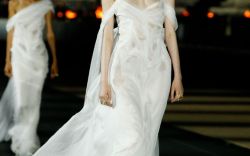 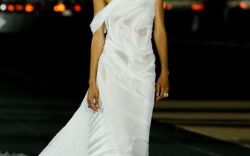 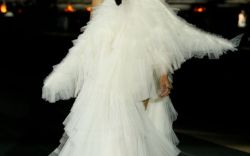 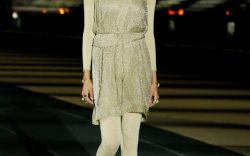 During the pandemic, fashion shows were reduced to virtual-only presentations and static look books, as travel restrictions slowed down the industry’s seasonal calendar and usual globetrotting frenzy — and forced it to reflect on how it might change its pace in a post-pandemic world.

But with Christian Dior’s cruise ’22 runway show, travel is officially back, and just in time for summer vacation, as travel restrictions begin to loosen (even though some international rules are still in place).

For the French luxury brand’s women’s cruise ’22 collection, creative director Maria Grazia Chiuri showed a staggering 91 looks, which models wore down an outdoor runway in Athens, Greece. Referencing a series of photographs from a haute couture collection that the designer Christian Dior showed near the Parthenon in the ancient Greek city, Chiuri framed the line as a “rediscovery of civilization’s roots, not out of nostalgia but out of a desire to recompose,” as its release stated.

Other inspiration came from surrealist artist Giorgio De Chirico and Greek art gallery owner Alexander Iolas. Chiuri also used close-up sketches by artist Pietro Ruffo, which she incorporated as a sort of camouflage depicted on sportswear pieces with technical materials. All were part of a continuation of the creative director using select works of art, from painting to literature (and often with a feminist lean) in her collections for Dior,.

On foot, Chiuri took a new path and showed a series of sneakers, which were paired not only with aforementioned sportswear looks but also with a series of floating, Grecian-inspired evening looks (including a swan-motif dress that seemed to be inspired by musician Björk’s infamous swan dress from the 2001 Oscars). Using a classic running sneaker shape, the sneakers came with metallic accents and matched the hues of their ready-to-wear garments, including a series of Greek-blue looks.

After more than a year of many not wearing high heels, the sneakers-and-dress look could be making a comeback, even as high heel wearers return to their dressier footwear.