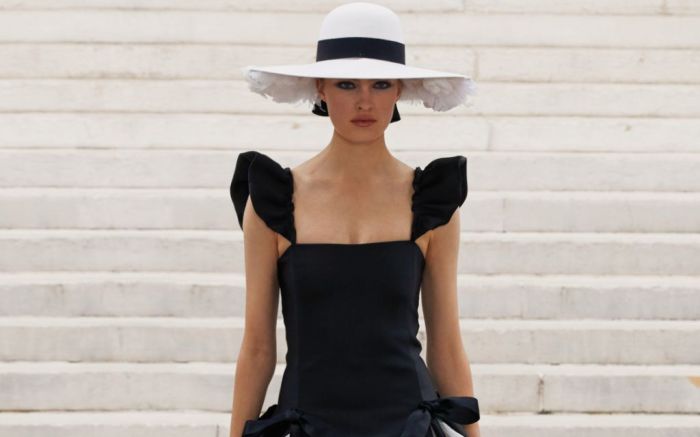 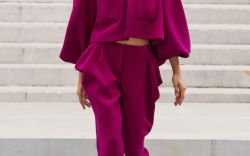 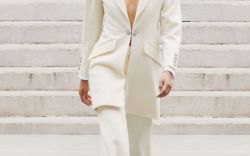 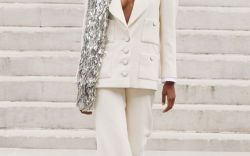 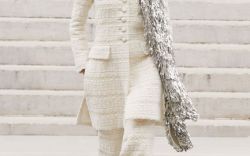 The state of the pandemic may be up for discussion, but as far as celebrations go, the return of the “Roaring Twenties” seems to be in full swing — and Chanel is on board.

Just in time for the return of in-real-life fashion shows for Paris Couture Week, the French brand presented a haute couture fall-winter 2021-2022 collection that went back to the trends, silhouettes and attitudes of the original Roaring Twenties of the early 20th century. The post-World War I era coincided with the waning of the 1918 influenza global pandemic, shaping a time marked by Champagne-soaked soirees and the glamorous fashion that surrounded it.

For Chanel’s own collection, creative director Virginie Viard turned to the designer who helped to create the iconic Roaring Twenties look: Gabrielle “Coco” Chanel herself. While the 1920s was not an explicit inspiration for the current Chanel designer (Viard instead looked to early portraits of Coco Chanel that called to mind the Impressionist paintings of the 19th century), the legacy of Coco and her revolutionary dress code for the 1920s — throwing out the corset, dropping hemlines, introducing pants to a woman’s wardrobe — could be felt throughout the new collection.

There were pantsuits, with relaxed trousers, a masculine cut and vintage button and pocket shaping, worn without anything underneath (or with just a sequined scarf at the neck). There were plenty of dropped hemlines on dresses, some of them child-like with black bows and sashes (which were also worn in models’ hair). On foot, black-and-white spectator heels called to mind the more flamboyant moments of the 1920’s, when the style was considered an ostentatious and even risky footwear choice, the shoe of divorcees, including Wallis Simpson, the Duchess of Windsor (the footwear even had a nickname: the “co-respondent shoe” — a pun on its opposing colors and referencing a legal term regarding adultery).

As tradition goes, Chanel ended its couture show with a bridal look as the runway finale. This time it was a virtuous floor-length gown, with zero embellishments and subtle puff sleeves that covered to the wrist — vintage in its modesty but not exactly the bridal wear one would expect for a boisterous, post-pandemic shindig in 2021). The dress was worn by actress Margaret Qualley, who donned a pillbox hat with a bow detail and dotted veil covering.

On the runway, the vintage lens of the collection was dreamy and wistful. But it also begged the question:  Will Chanel fans wear this now? In a post-pandemic world where many people are still hesitant to get out of their sweatpants, what does full-on glamour actually look like in this Roaring Twenties reboot?